Today we finish the motorcycle!
Don’t know what I am talking about? Go HERE and HERE
I thought we would just jump right in
The Add ons: 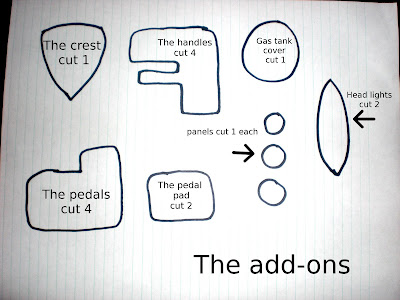 So there is the sketch for the basic shapes for the add ons that I used. 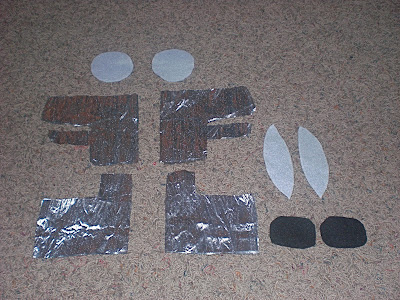 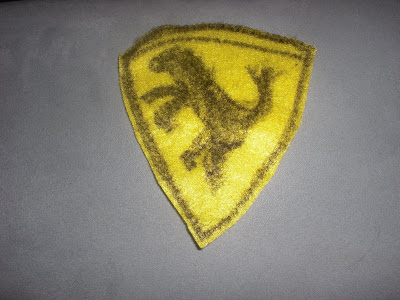 So first with yellow felt (the kind that comes in the craft sheets for 25 cents) I cut out the crest. Then I drew on (very badly might I add) the horse for the ferrari symbol. Done! 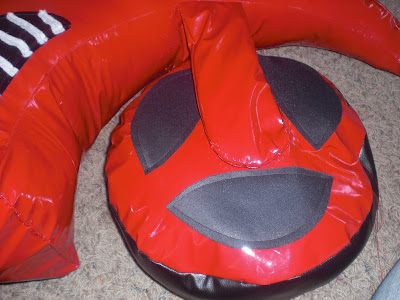 Then I sewed the wheels on by sewing around the edge of each flap attaching it to the wheel. 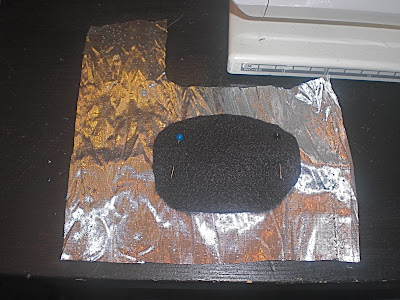 Next we can move onto the foot pedals. You will make two of them (one left and one right) First sew the little black rounded rectangle (I made mine out of felt) in the middle of the pedal piece as shown 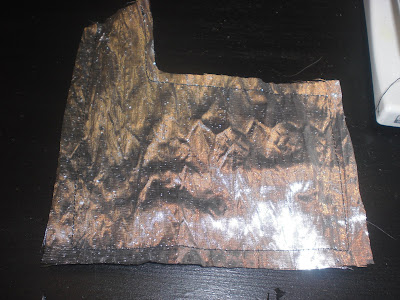 Then sew right sides together the other plain silver piece of pedal but don’t sew it closed. Turn it right side out. 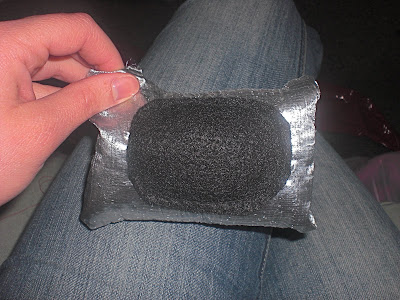 Then you will take filling and fill it. Then turn the top in and sew it closed. Done! 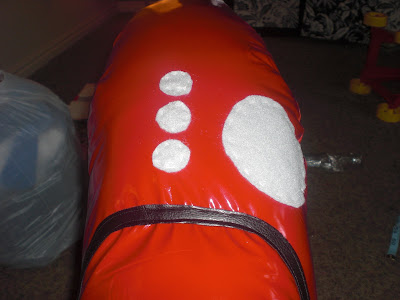 Then sew your gas cover circle and three little circles to the front of the bike as shown. 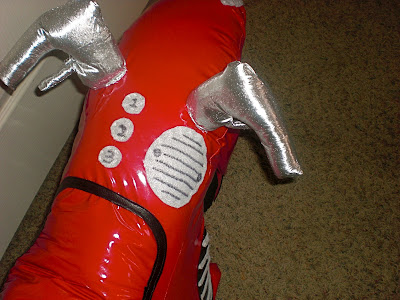 Then (and I am sorry I didn’t get pictures of this step) sew right sides together for the handle bars and turn it right side out and then stuff it and sew it closed (as you did for the pedals) then you will sew them to the front of the bike. I also took permanent marker and drew details on the gas cover and a 1 2 3 on the gages. Sew the pedals and crest on the the bike as well and you are done! 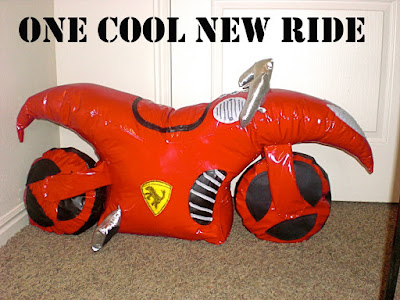 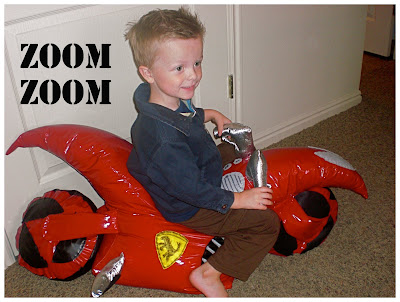 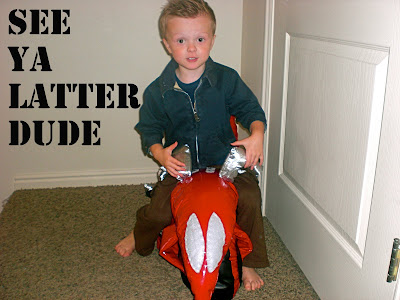