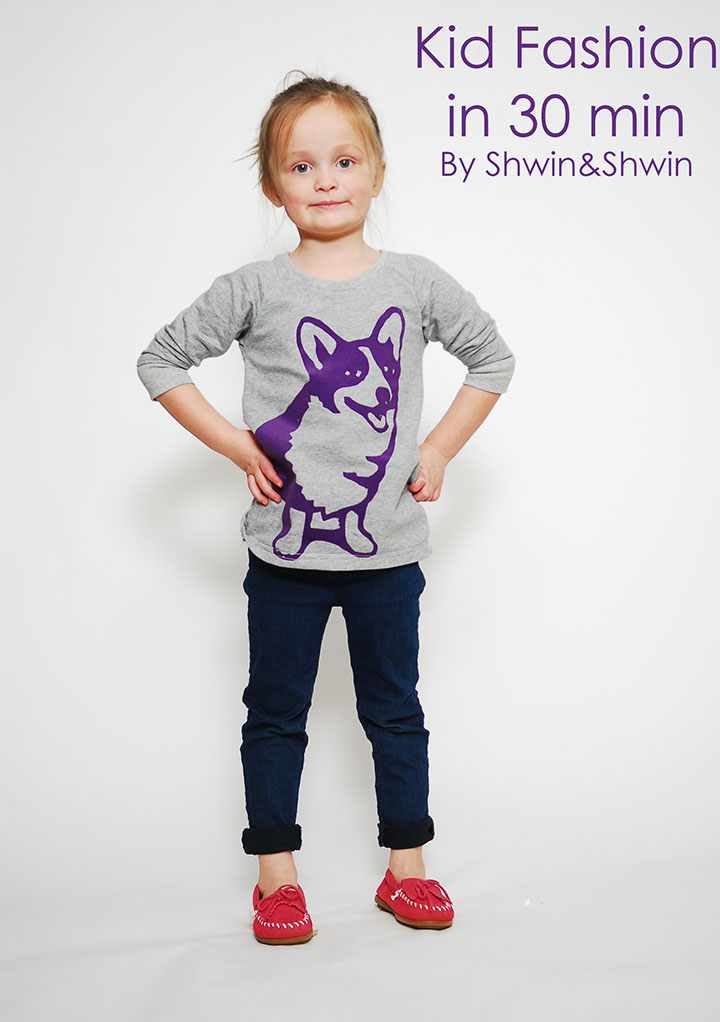 Sometimes I get busy spending all of my “spare” time working on some serious projects that I don’t get the chance to just stop and make something fun. You know when my 30 min of crafting time goes towards sewing up a serious time hogging project, or finishing a pattern or any other number of thing that takes my time these days. Then after finishing a jacket for Abbey (more on that later) and showing her the adorable soft and cuddly coat with a cute foxy print lining, and she said “oh but it’s not a doggy” Then she so sweetly asked if I could make her a shirt with her favorite doggy on it. How can I possibly say no. I am quite able to and she was so sweet in her request. So we did it together. 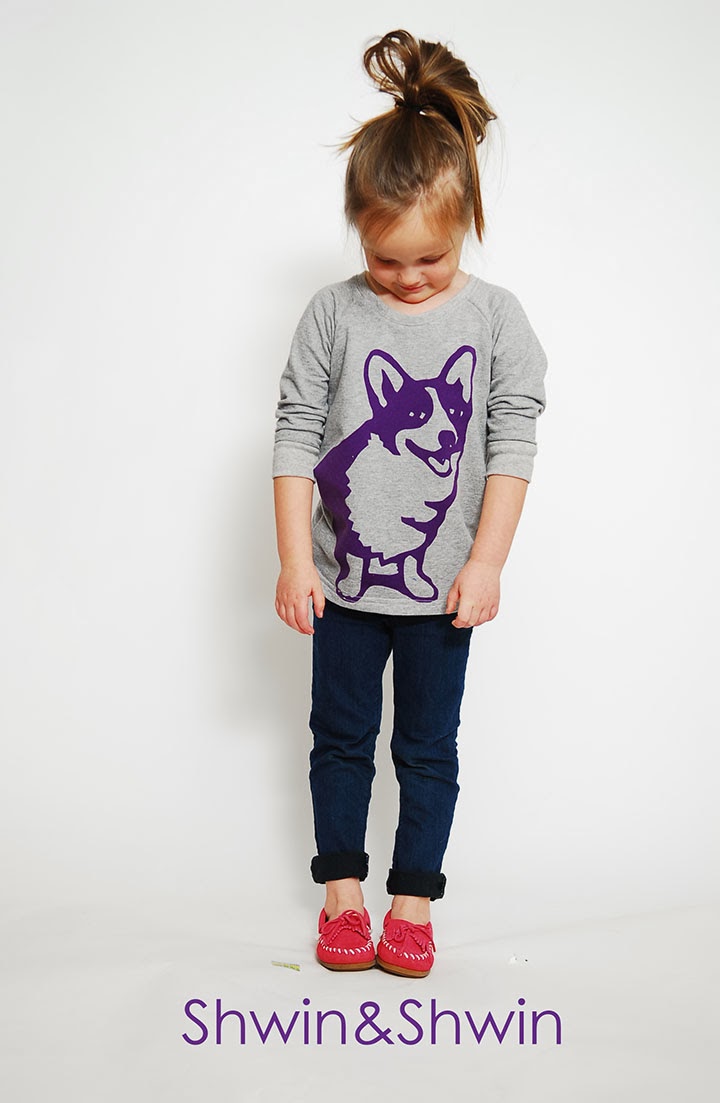 I used the ever fabulous Recess Raglan pattern for the shirt because I knew I could whip it up in less than 30 min. I did change a few quick things, I cut the neckline a little lower in front so it was a looser neck fit, and then I cut the bodice a little wider just kind of angling it out so it had more of a loose sweatshirt like fit. Then I used the elbow length but I made it just a little longer since it was winter, and then I also added the cuffs so it’s more of a wrist length. Which we just push up. Abbey decided on this grey french terry that I picked up on a trip to the L.A. fashion district. It’s got the sweatshirt look but with stretch since its a french terry.  She decided on purple flocked heat transfer. Then I bought the Welsh Corgi design from the Silhouette store since they had one and it was perfect. I cut out the design on the silhouette. I followed the instructions HERE to apply the design. 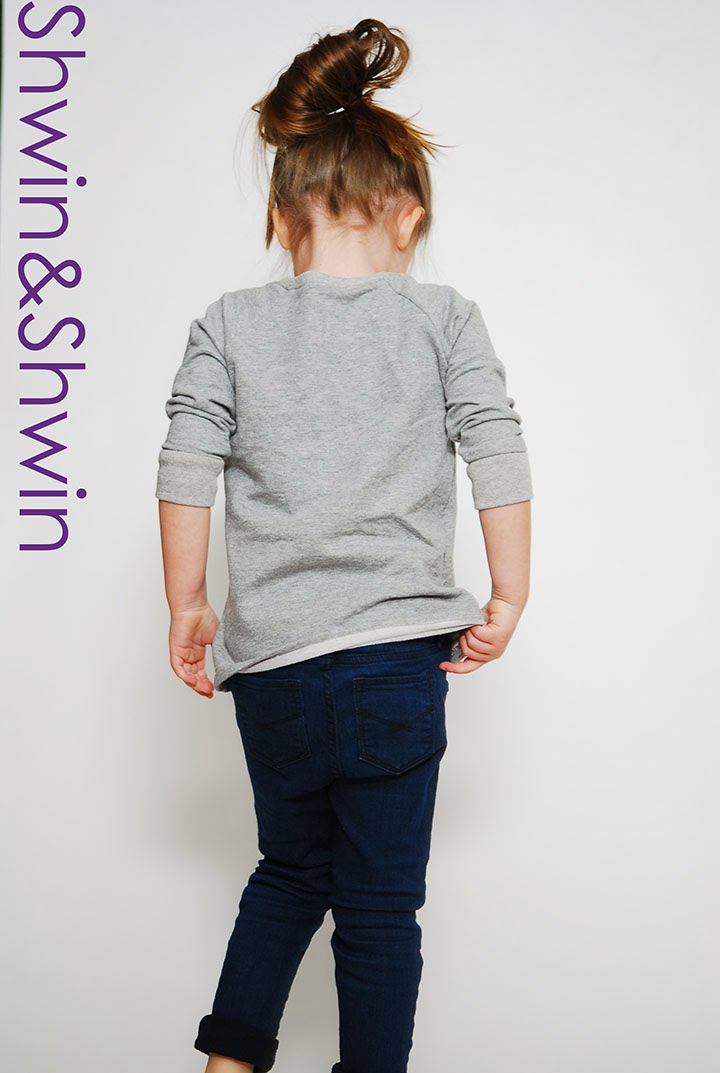 Then in less than 30 min Abbey had a comfy sweatshirt like shirt that is just her style. 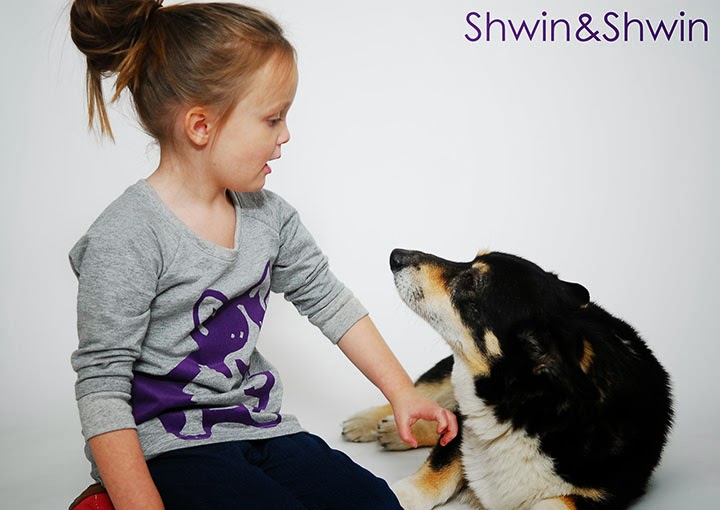 with a picture of her very best friend, Sampson. We adopted Sampson about 2 years ago (I think) and he is the sweetest dog, and Abbey’s best friend they sleep together each night and he just loves her. 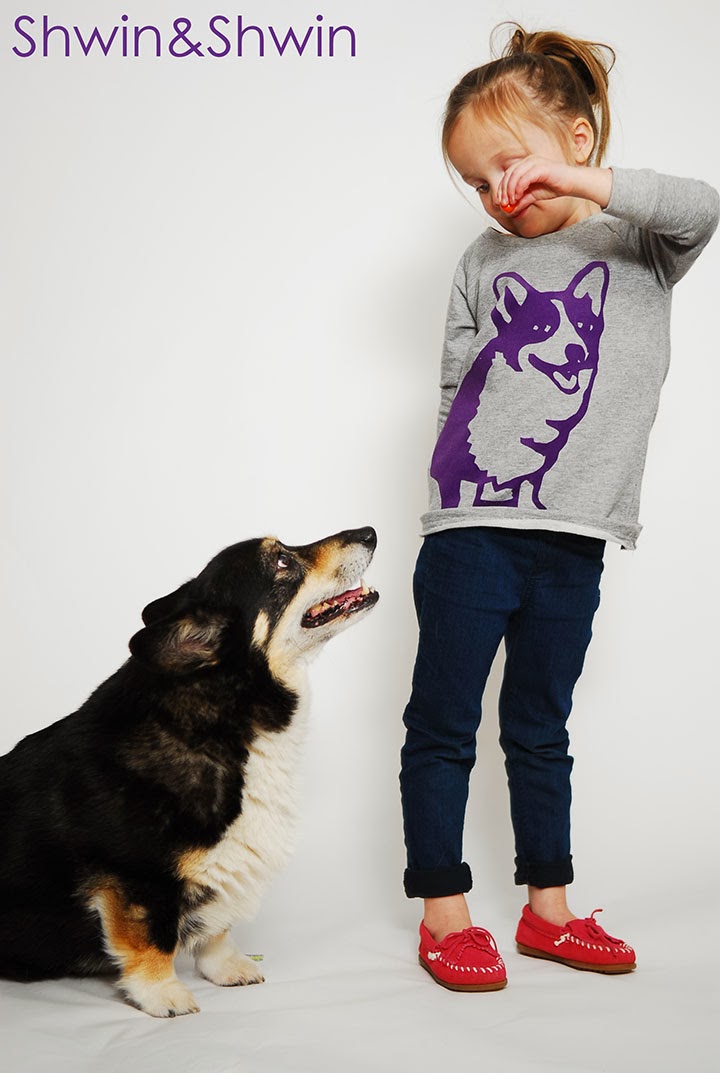 That could be because she always shares treats with him 🙂

Tips for quick kid style:
Choose a pattern you know you can make quickly so they can even help without loosing interest.
Let them pick stuff out. I don’t let my kids pick fabric from the store very often because there are too many fabrics that I think are kind of tacky, but I am more than happy to let them pick from my stash since those are “pre-approved” fabrics. They can’t usually go wrong and then they get the freedom to pick what they like.
Select designs together, I showed Abbey all of the dog designs we could use so that she could select the one she wanted, and in the color she wanted.

designing with kids can be great the kids get to express themselves but that doesn’t mean you have to make something you would be embarrassed to take them out in public in, just have fun and give them as much creative freedom that you can, which is also better than spending hours on a project just to find out they won’t wear it because it’s foxes and not dogs. (although she is coming around the jacket and hopefully by the time she needs it she will even love it 🙂 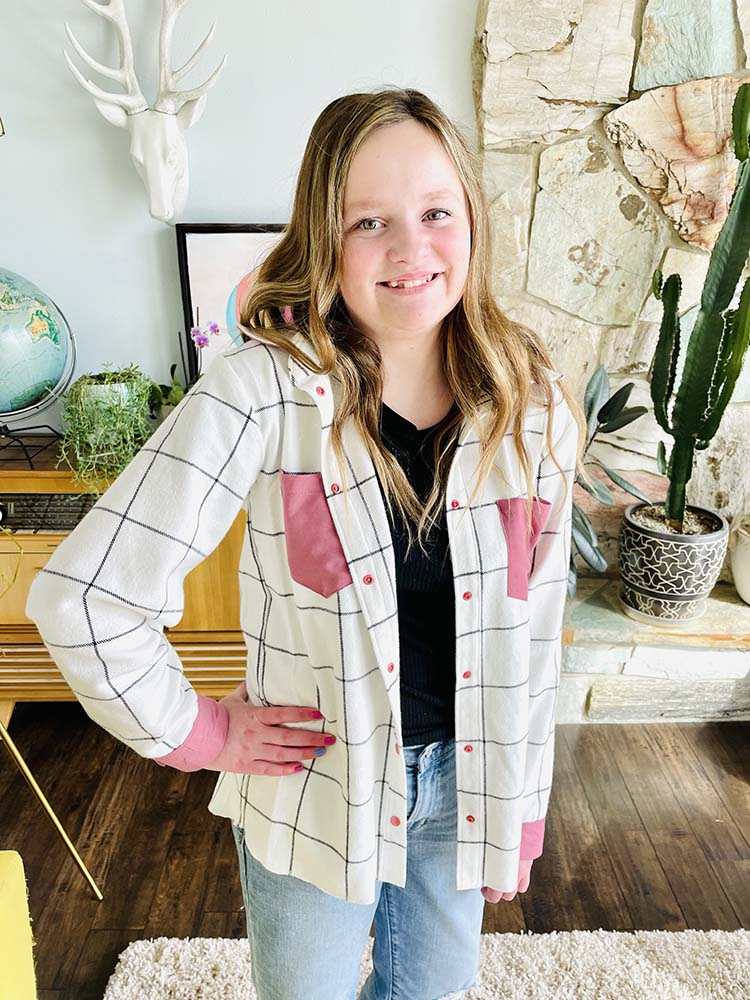 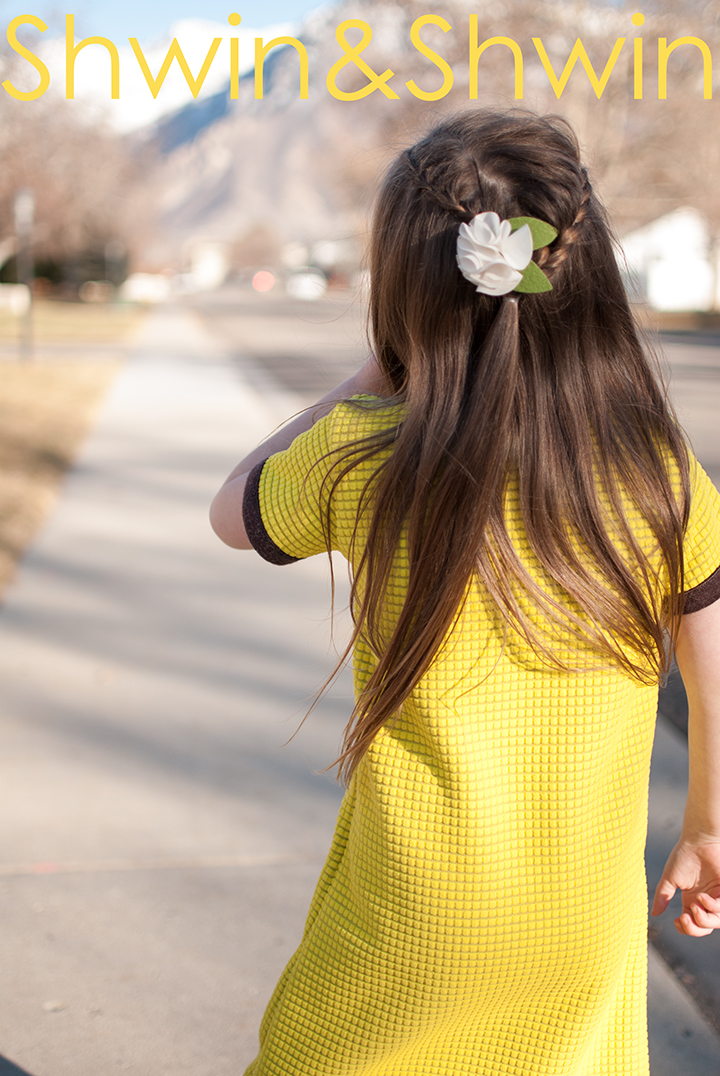