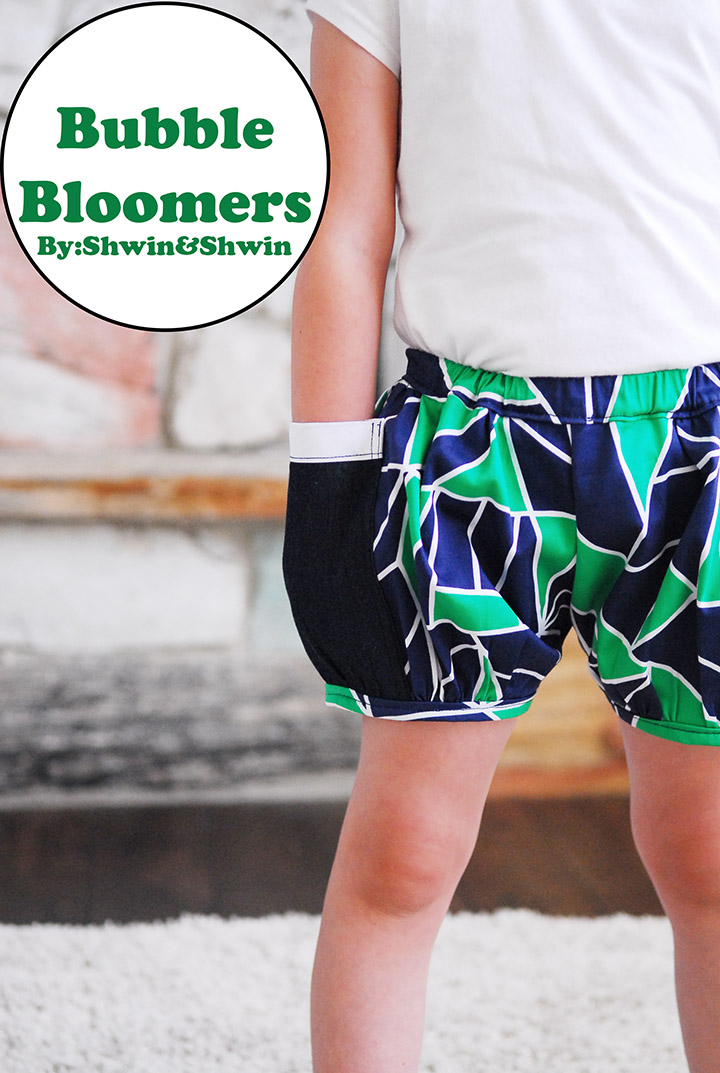 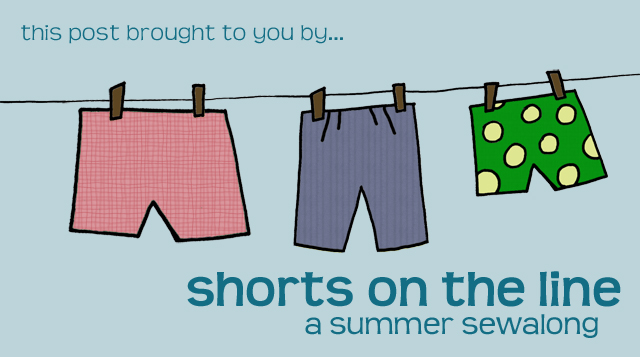 Have you guys heard of the shorts on a line series? We are excited to be participating this year! Last year I was all sick and pregnant and likely on bed rest so I was pretty pumped up to be able to participate this year! It happens to be on the same day that the new and improved Honey Pie Bloomers pattern is being released! Yep it’s in the shop today! (Along with the Abbey Jacket 🙂  I thought in honor of the re-release and shorts on the line, I would do a pattern hack. (also you can find a giveaway of the pattern if you follow the series 😉 Just saying… 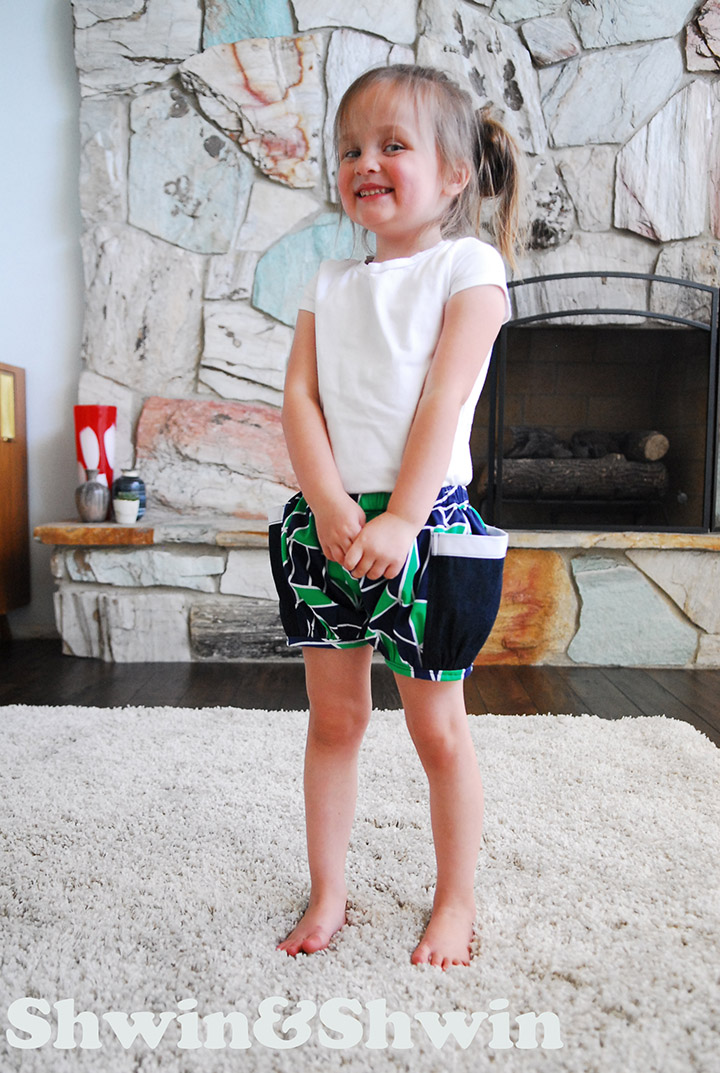 Abbey was pretty tickled about her new bloomers, because they are “nice and comfy” she was only a little sad they weren’t pink… but everything can’t be pink, or at least that’s what I tell her. 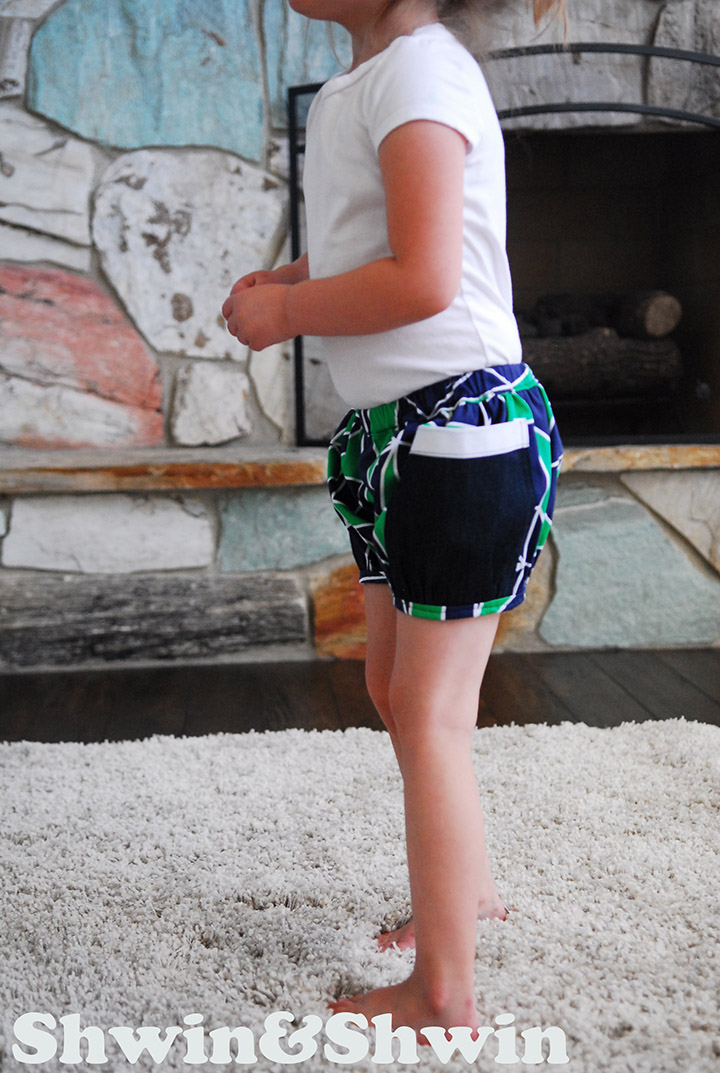 A few small changes to the pattern and the bloomers became cute little bubble bloomers with big side pockets because this girl is always bringing a slew of little toys with her everywhere she goes. 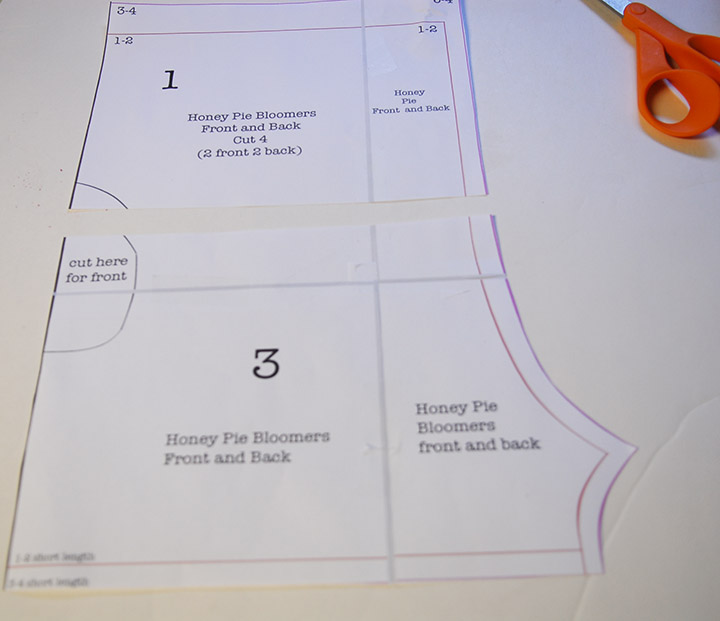 So I started by cutting the top off so instead of being high waisted paper bag waist they would have a normal waist, with a waistband (more on that later) Then instead of cutting two I cut it on a fold along the straight edge. 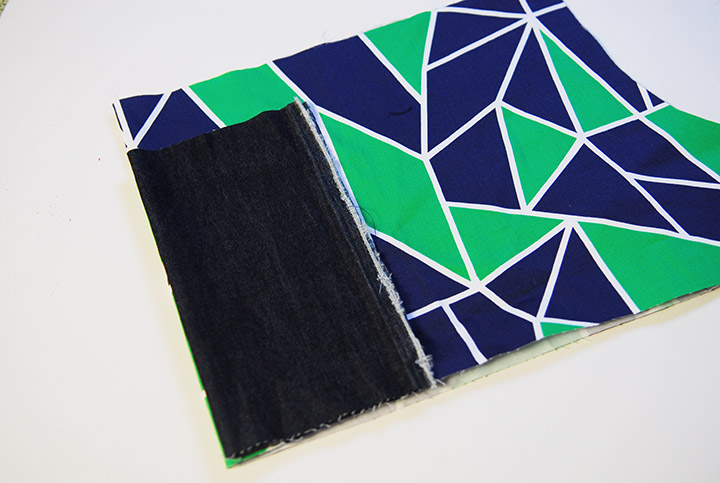 For the pockets I folded a piece of fabric until I had the size I wanted. 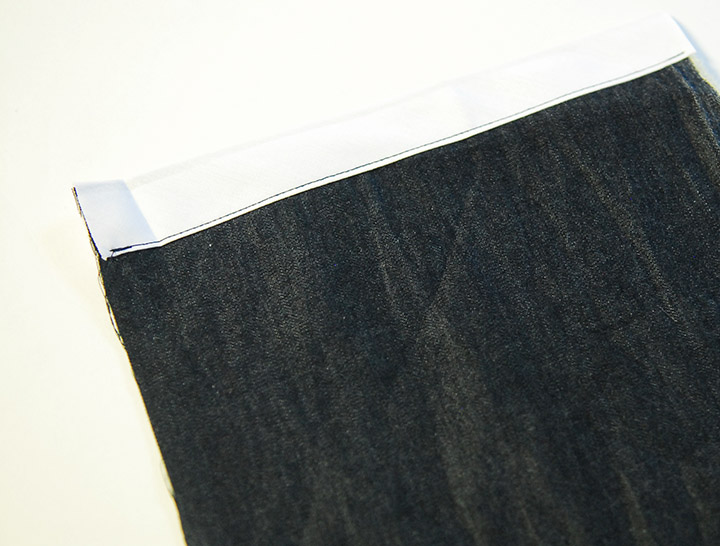 I stitched some bias tape along the top edge of the pocket piece. Then folded the side edges over. 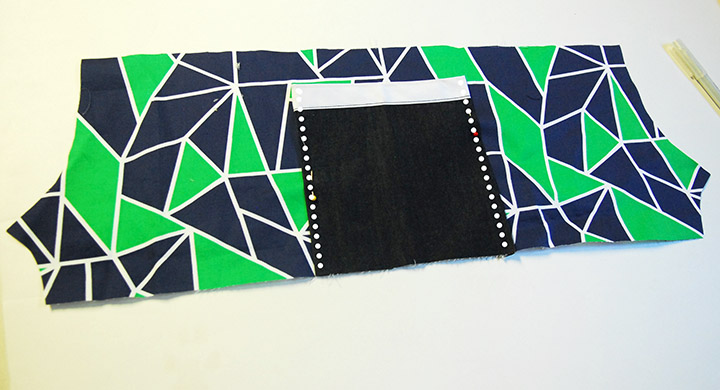 Then I stitched the pockets down one on each leg piece. 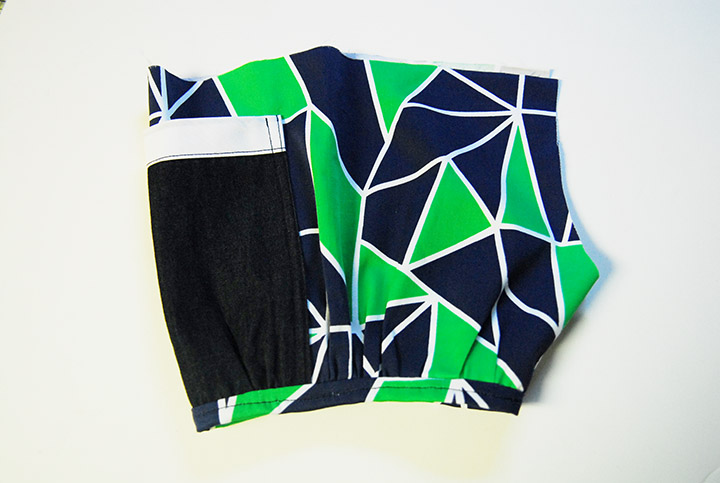 I gathered and added the cuffs just like the pattern only I made the cuffs a lot thinner this time so the shorts would be a little shorter. 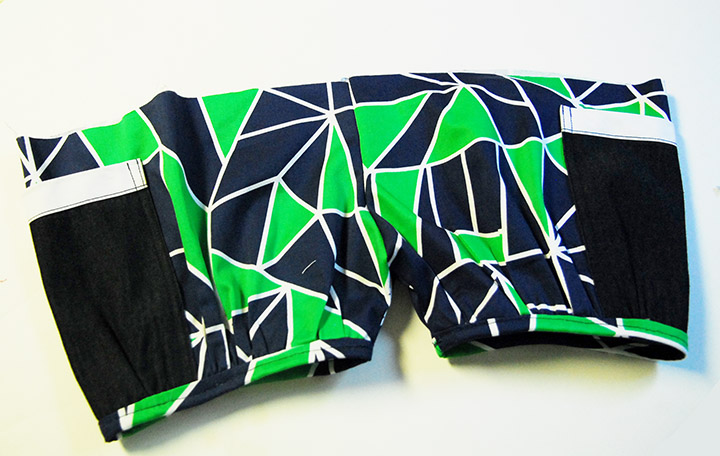 Then both legs were sewn together. Now for the waistband, you have options… you can make it the same width of the top of the shorts and use elastic to cinch it in. or… 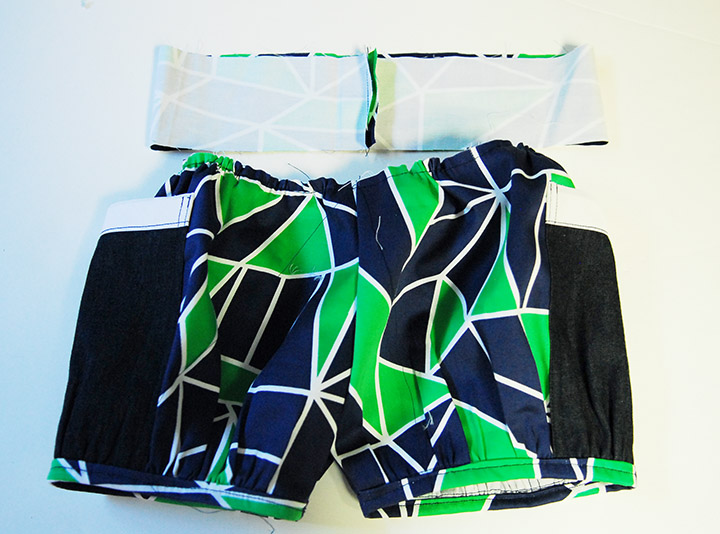 I made a waistband that was 2 inches wider that my daughters hip. Then I gathered the top edge before attaching it to the waistband. I only did this so there was a little less bulk at the waistband, but either way is fine really. 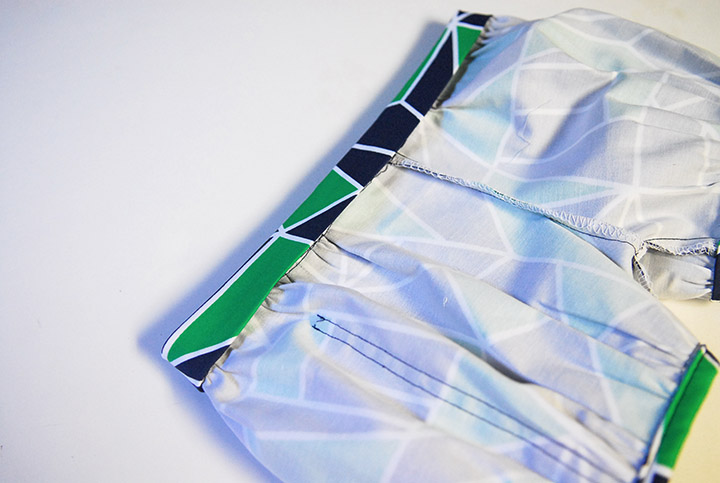 Then I stitched the waistband to the shorts with right sides together, then I folded it down and then in half, and stitched along the edge leaving an opening for the elastic. Slip in the elastic and done. 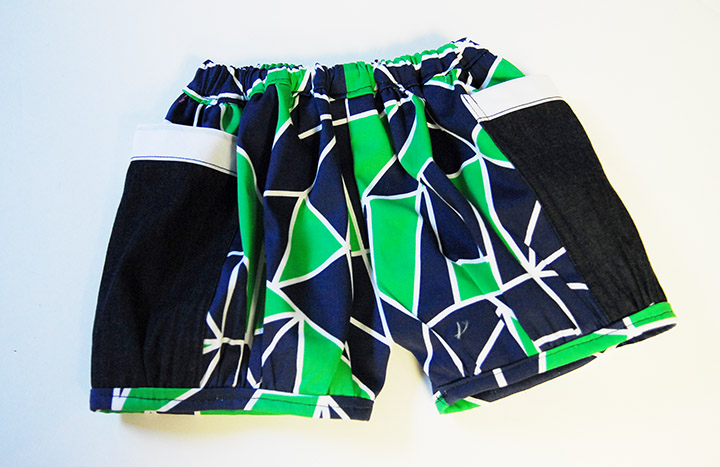 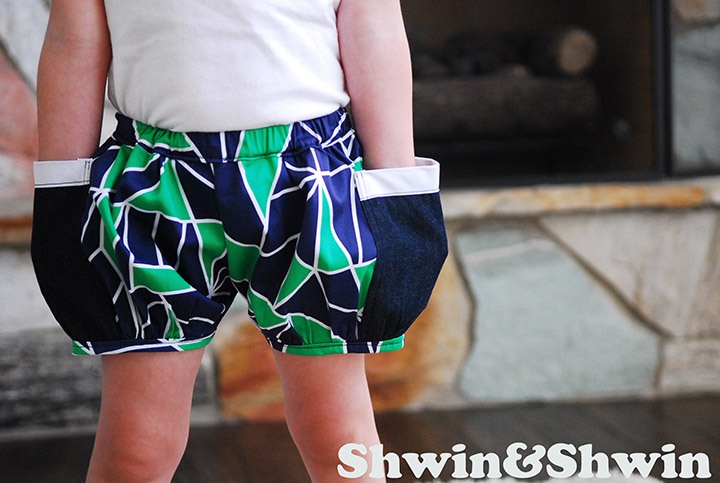 With giant catch all pockets. 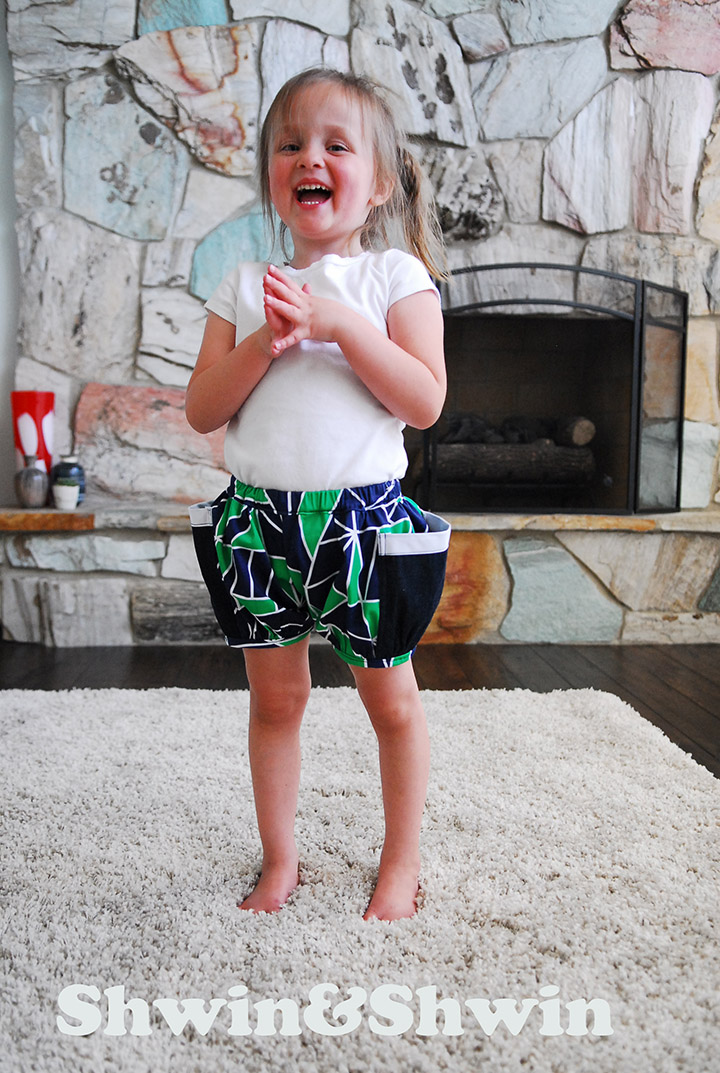 They were just everything this little girl needed to make her day. 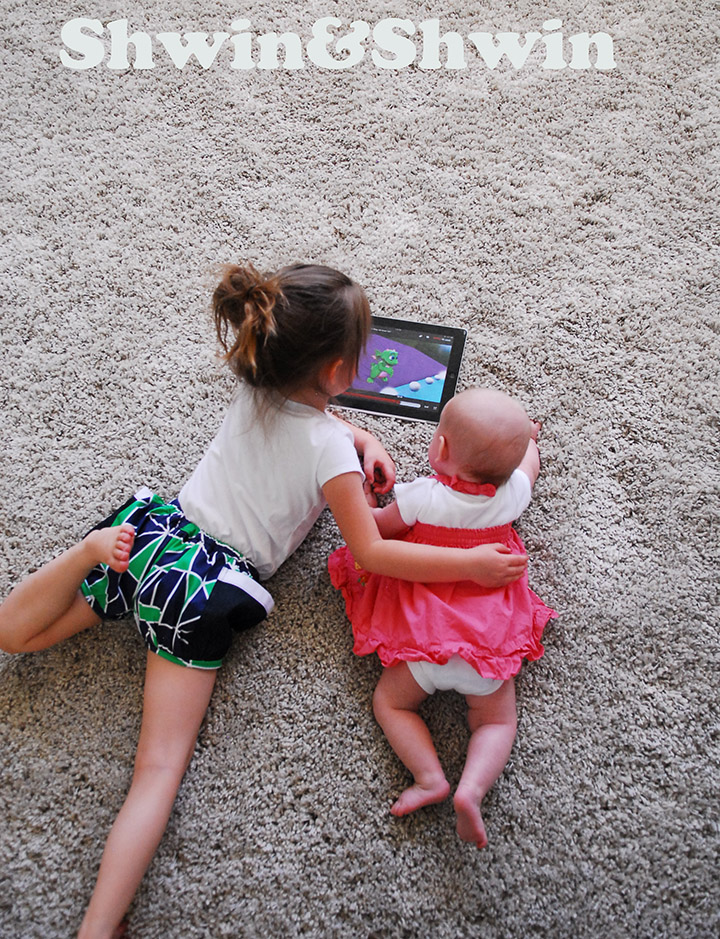 This little girl also happens to be the best big sister. She always volunteers to entertain little Penny, my favorite is when I walk out of the room and come back to find Abbey watching a show or playing a game with Penny telling her all about the ways of life.

This post is part of shorts on the line sewalong hosted by imagine gnats and small + friendly, sponsored by Jo-Ann, Pretty Prudent/Pellon®, and Hawthorne Threads. 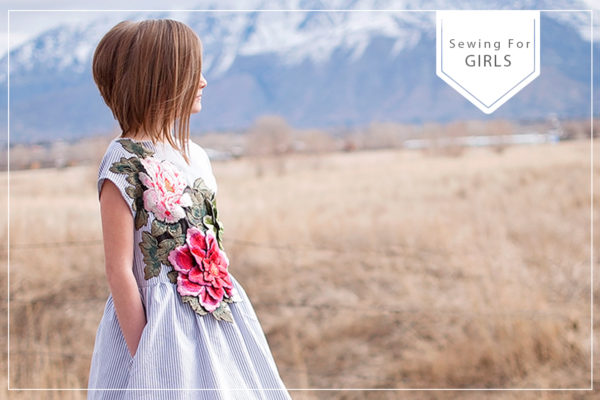 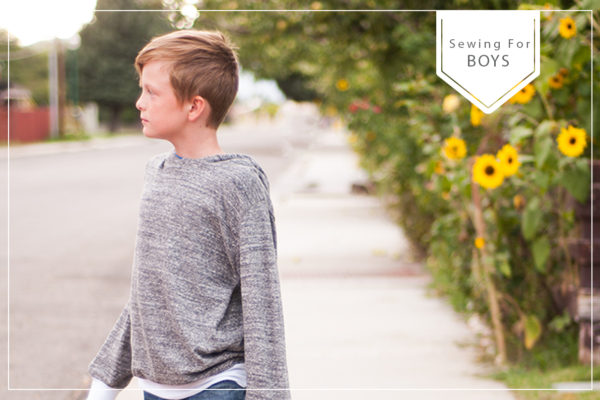 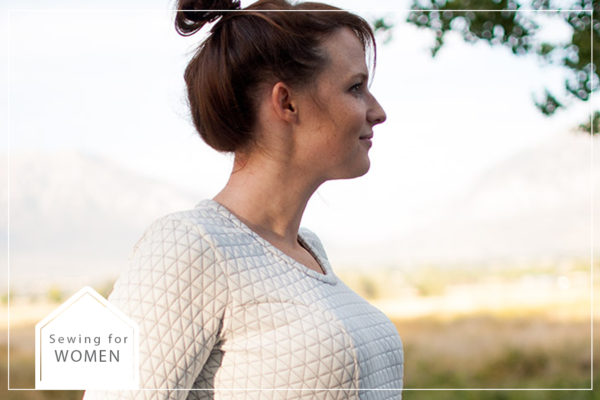 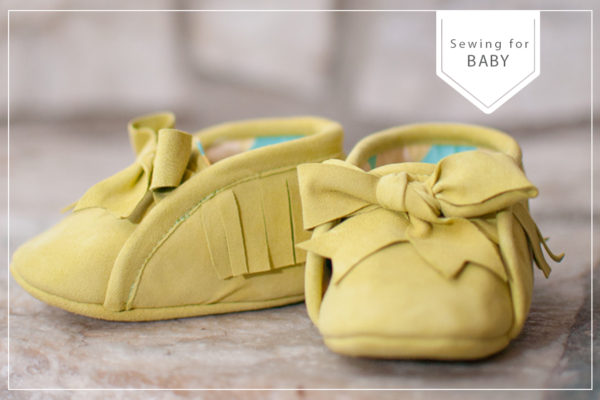 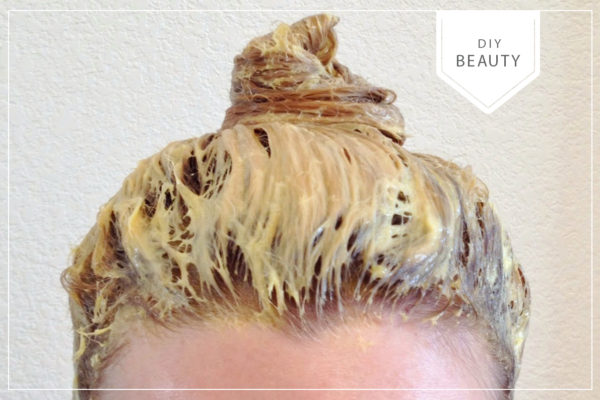 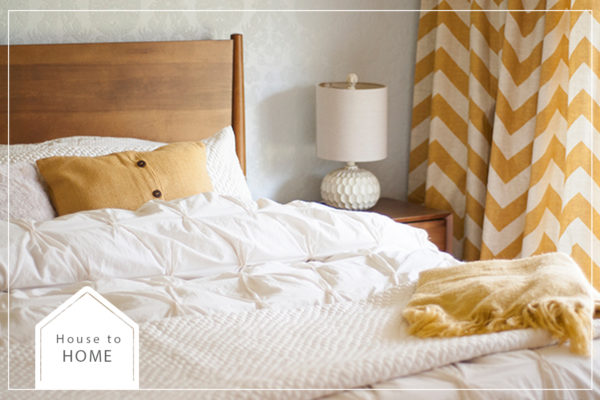 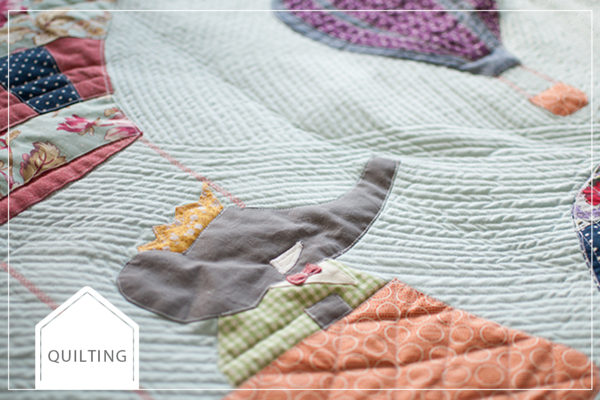 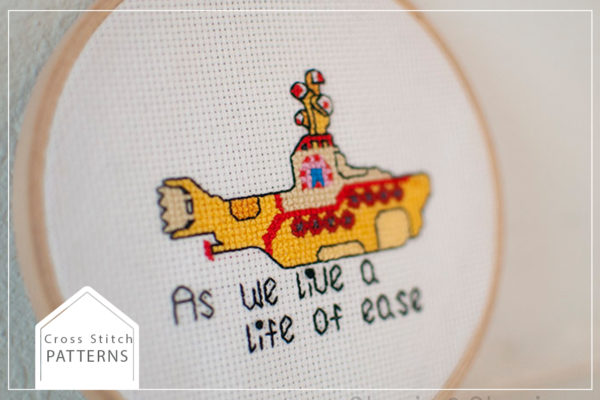 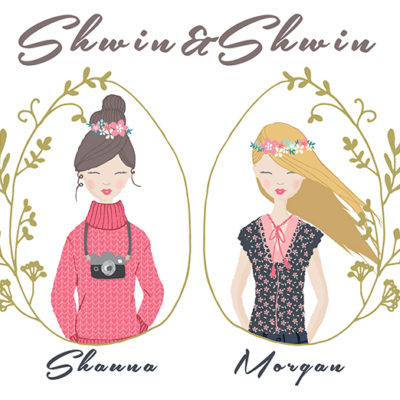