To start this week before I get into the details, I just want to say I actually think they all did a pretty good job. Dressing real women is always a bit of a challenge for designers, and in past seasons when they have had to dress real women they have had some serious train wrecks. I actually thought this week when seeing the runway show that all the women seemed to really like the outfits and that they all looked pretty good. That being said there were some really boring looks this week.  So let’s get into it. The challenge this week was working with a boyfriend/spouse of the model (not actual models however) The panic of dressing the men themselves went away and instead frustration set in as they tried to work with the men to dress the women. Ironically I think all of the designers somehow choose the man that belonged with the women that worked with their style. (even if they all wanted to say otherwise) 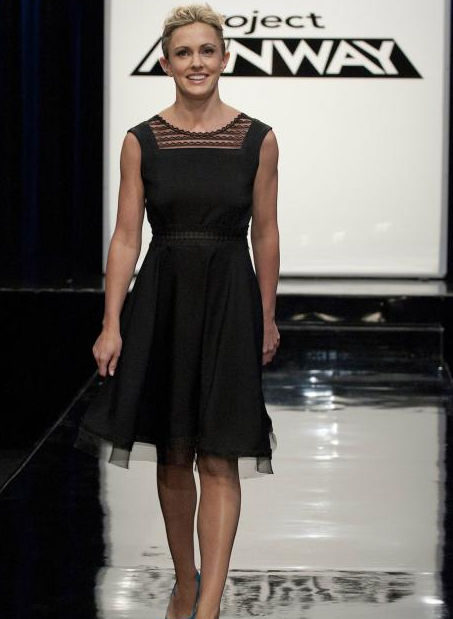 The winner this week was Joshua. I liked this dress. It is simple and plain, but classic. It fits her really well, and I agree with the judges I could see this in other colors as well and it would also be great. 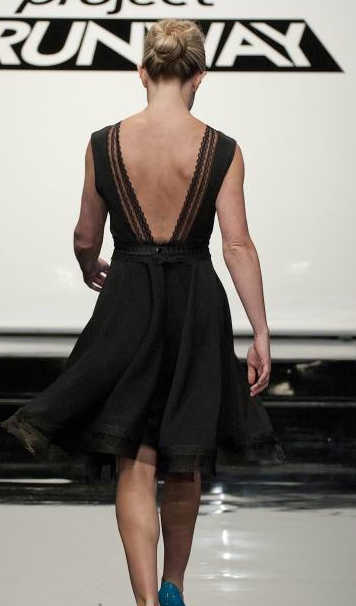 I really liked the back and the detailing. I guess the square back is the new thing since we have seen everyone doing it this season. 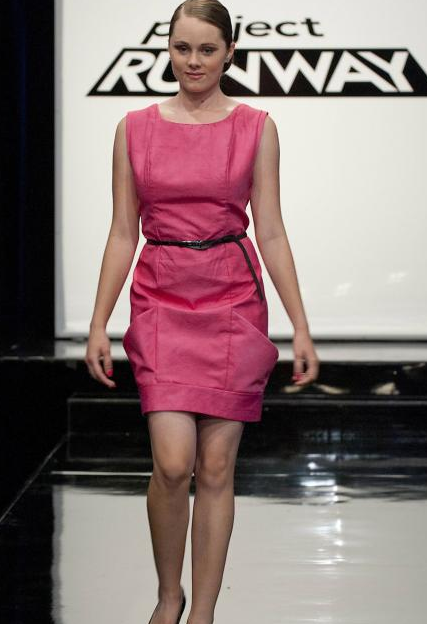 The loser this week was Bryce. Here’s the thing, I agree it was his time to go design wise I don’t feel like he has offered much for awhile. The fit on the dress was not great, but I kind of disagree with the judges, I think the pockets are cool and I don’t think they make her hips look all big. She is a pretty small girl so maybe that is why I don’t think it is a big deal, but besides making the dress more casual, I am with her, I like them it is a great place for your phone 🙂 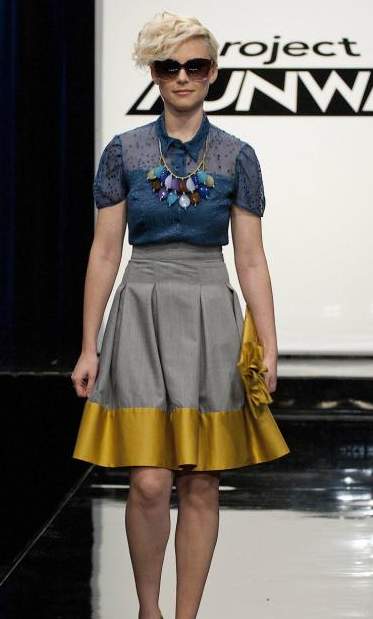 What I really loved was Viktor’s look. I would wear that whole thing in a heart beat. In fact I may just make that skirt for myself. I love the color combo the fit, everything. 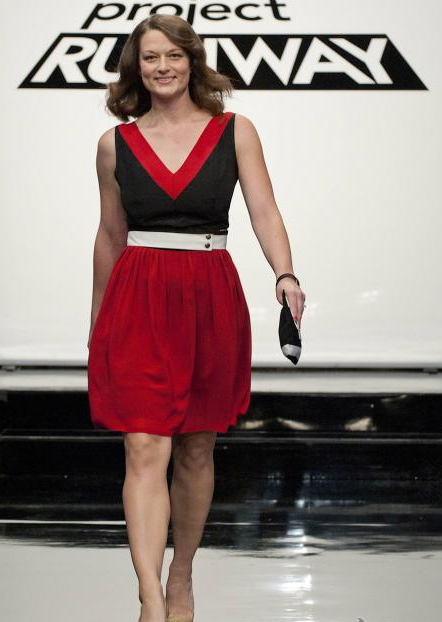 Anthony Ryan got ripped a new one from the judges. I agree it is boring, but it looks really good on her. I think it is cute, flattering and she seems really happy by the dress so I say job well done. At least he made it through to next week, I guess. 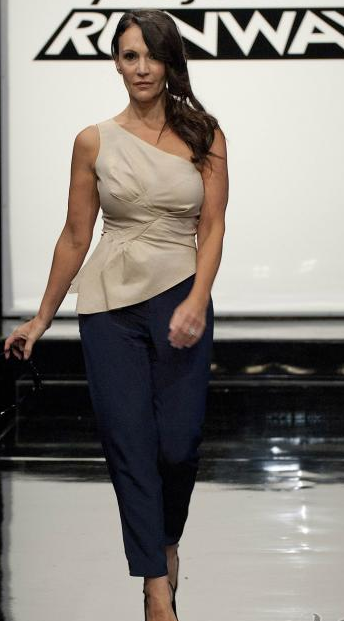 This was Oliver’s look. Oliver drives me a little crazy. Yes his client was annoying, but he wants to design for women without boobs. Sorry to break it to you Oliver, but Women have boobs. Maybe you should design for men. I thought his actual design was fine I guess. There was a pucker that made the women look like she was nipping out, that was weird. But the whole time I kept thinking I have seen this before… 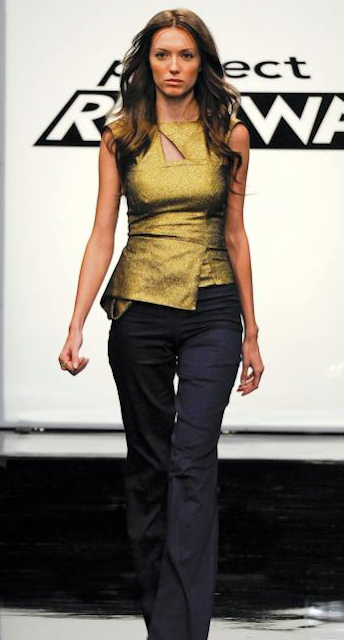 Then it hit me. It looks like a cheaper version of the look Kimberly made for the Nina Garcia challenge. It surprises me a little the judges didn’t catch that or think that… Oliver is done in my mind. 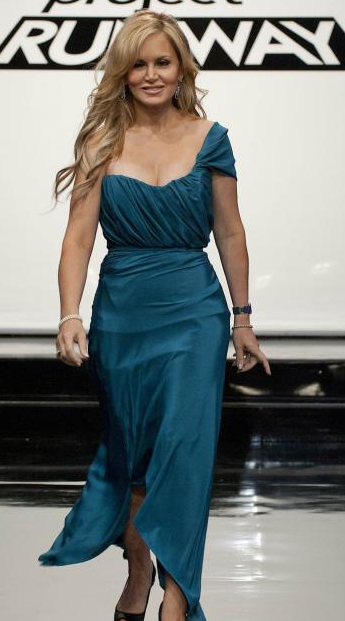 The last one I didn’t totally get is Laura. I like Laura, but she was pretty upset this week that she wasn’t in the top and I think she should consider herself lucky that she wasn’t in the bottom. There is a really weird line across the hip… maybe spanx or something? The whole thing just looks off, or wrong and then I realized something… 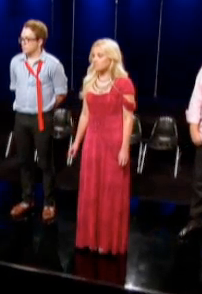 Laura was wearing the same thing… (almost anyway) I am starting to think she only designs the same look. Not unlike past (or current) designers but I guess I don’t really care for the look, it’s a little sloppy, and a little moo-moo.

So what were your thoughts? Love it hate it?