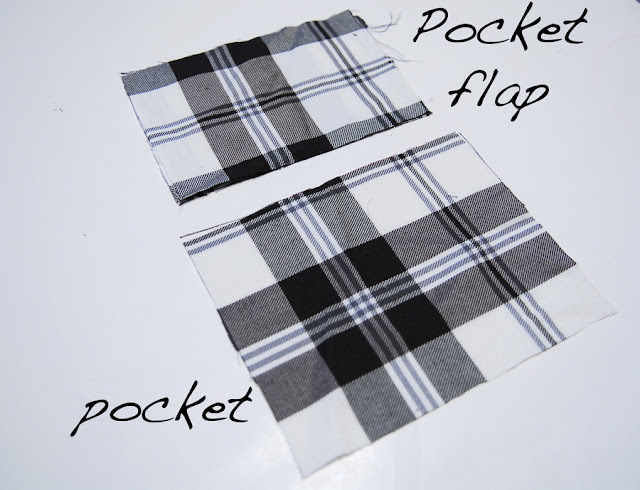 Ok it’s going to seem like I did the pockets all backwards… since the last pocket is really the easiest pocket, but that’s just the order things fell. So if you don’t want to add a pocket into your pattern like you would for the pants pockets or the in seam pockets. You can always add a sewn on pocket to anything you like. A sewn on pocket can be any shape that you can think of and any size. I am showing you the basics with a rectangle but you can really use your imagination when it comes to pockets. So to start you will cut out your pocket. And if you would like a flap to cover the top of your pocket you will want to cut out two of those. The pocket should be slightly larger than the flap pieces since you will fold under all the edges. 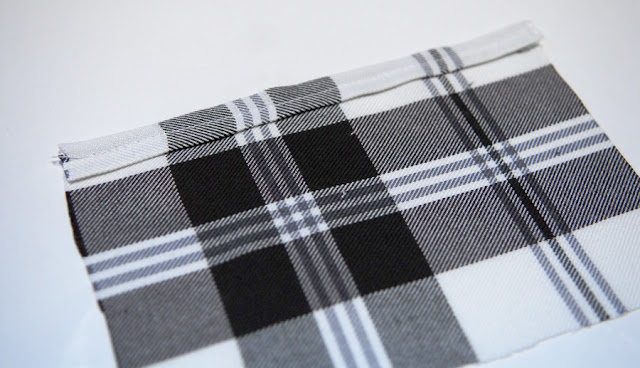 Now to start with the pocket. You are going to fold the top under, and then fold it under again. Then you will stitch in place. A key to your pocket turning out is steam. Steam steam steam. Why? the steam makes a nice crisp fold that will make sewing a lot easier and everything will look nicer. So steam away, especially with heavier fabrics. 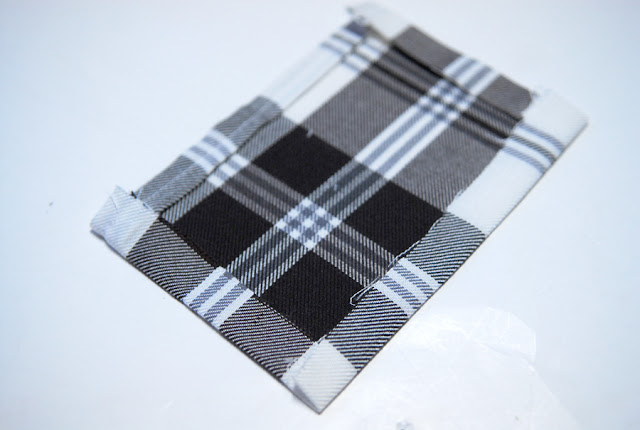 Next fold the sides and bottom in. Steam steam steam… 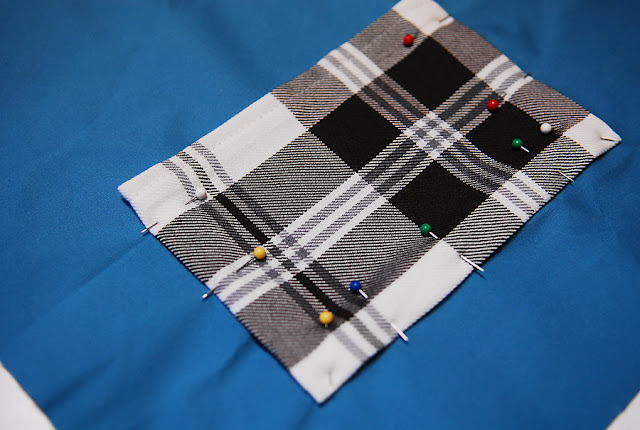 Next pin the pocket to whatever you are sewing the pocket to. Pin all around the edges the more you secure the pocket, the more certain you can be that it won’t slip or move. 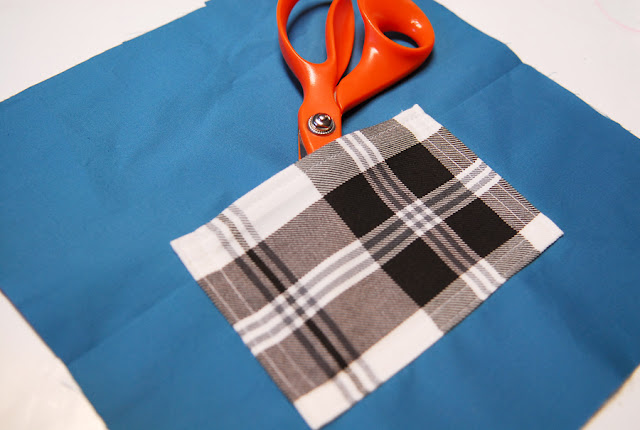 Sew the sides and bottom and you have yourself a sewn on pocket. Super easy. 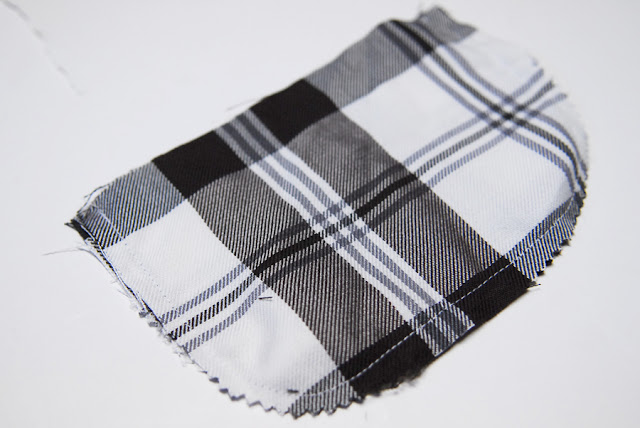 Now for the flap. You want to take the two pieces and sew them right sides together. (I rounded the edges just for fun) If you were using a really thin or flimsy fabric you will want to iron some interfacing on to one of the pieces to help the flap keep it’s shape. You are sewing around the sides and bottom of the flaps. 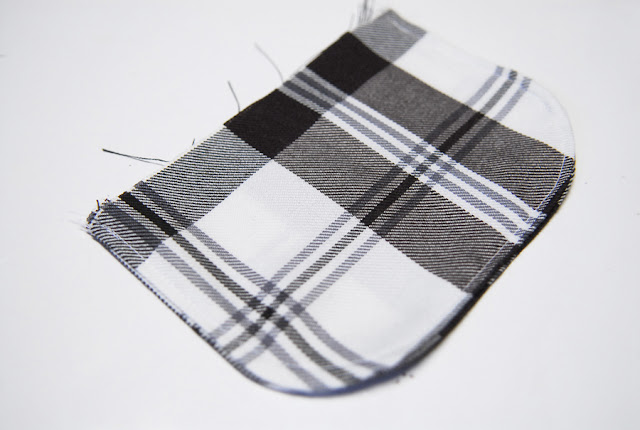 Then turn the flap right side out and top stitch the edge if you choose to. 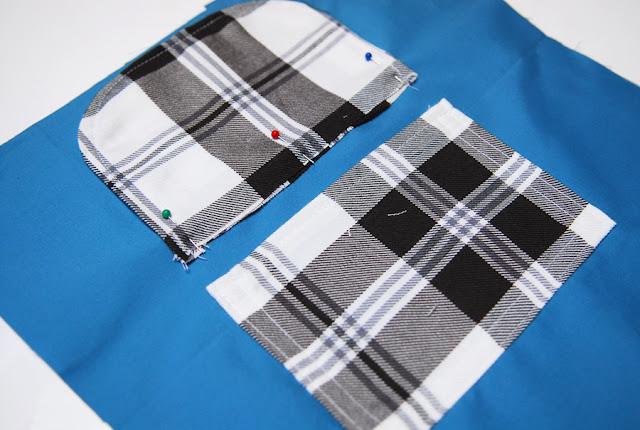 Next you will sew the flap so the raw side is just above the pocket opening. 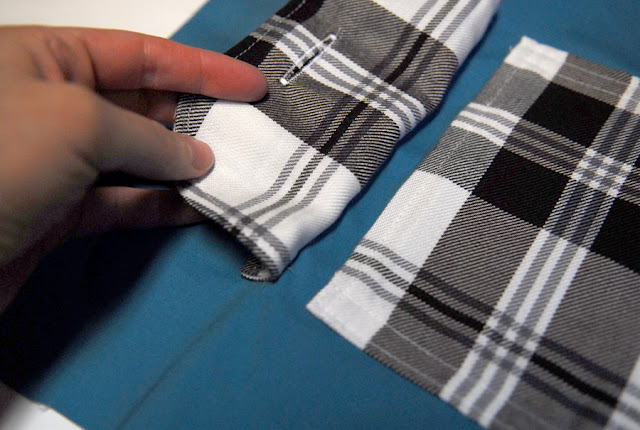 Then press the flap down so it covers the pocket. You are going to topstitch the fold of the flap, but you want to be sure the the top stitching conceals the raw edge. (see how when you lift the flap you can’t see the raw edge?) 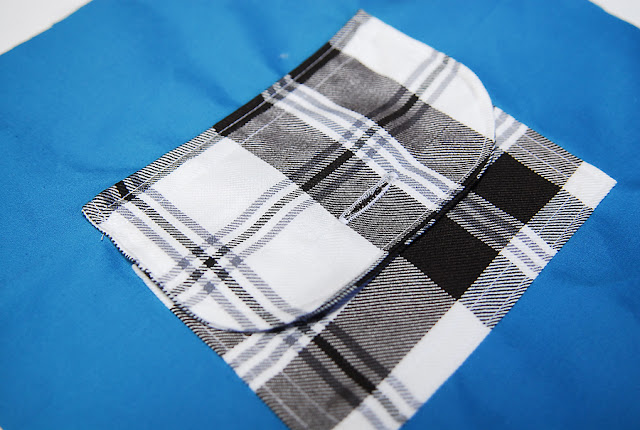 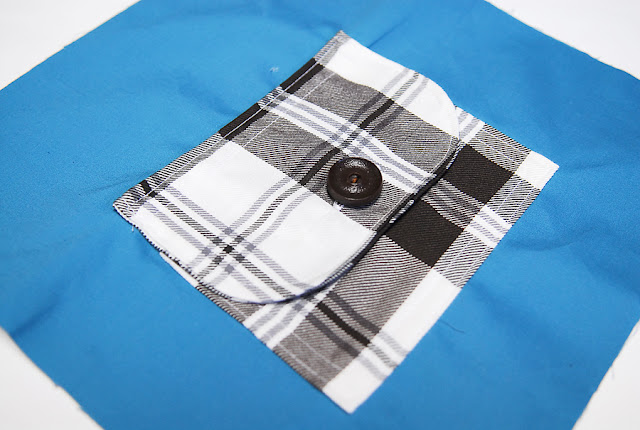 Add a button and you are done. Not bad at all right? Well that wraps up pockets, we will put them all to use when we finish up the pants on Friday!