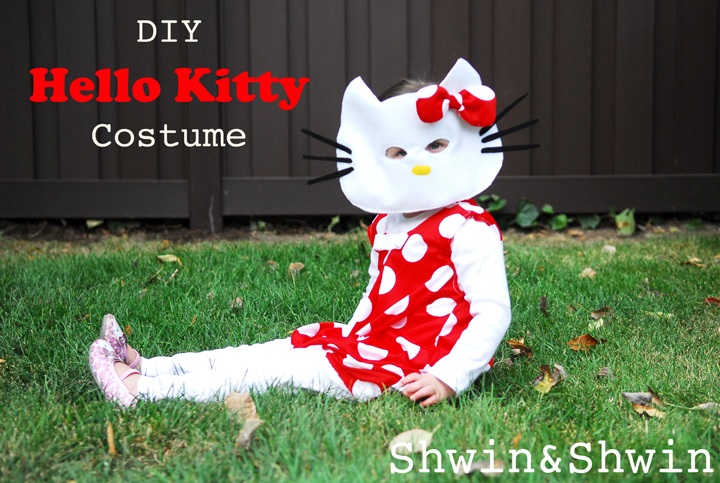 Halloween is not my favorite time of year. Sure when I was a kid I loved it. Dressing up, free candy, staying up late, what’s not to love? As an adult? I could pass on the whole thing. However, being that it is that time of year. I asked my kids what they planned on being for Halloween. I got a very clear answer from one little girl. Hello Kitty. She is a bit of a fan. So being that hello kitty costumes are hard to come by. (unless you want to be a slutty adult) I made her one. It is pretty simple and straight forward. 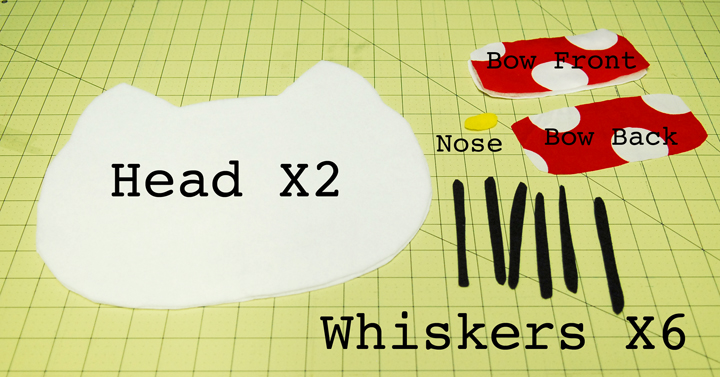 I tried to decide the best way to do the head. I decided on a mask so it wouldn’t be too hot, and she can easily take it on and off. I used felt to cut out the head. I cut two. Then I used some stiff felt (comes in sheets) I cut 6 whiskers out out of it. Then I cut some ovals out of the same fabric I used for the top, to use for the bow. I wanted the bow to be “puffy” so I also cut out some batting. Lastly a little nose cut from felt. 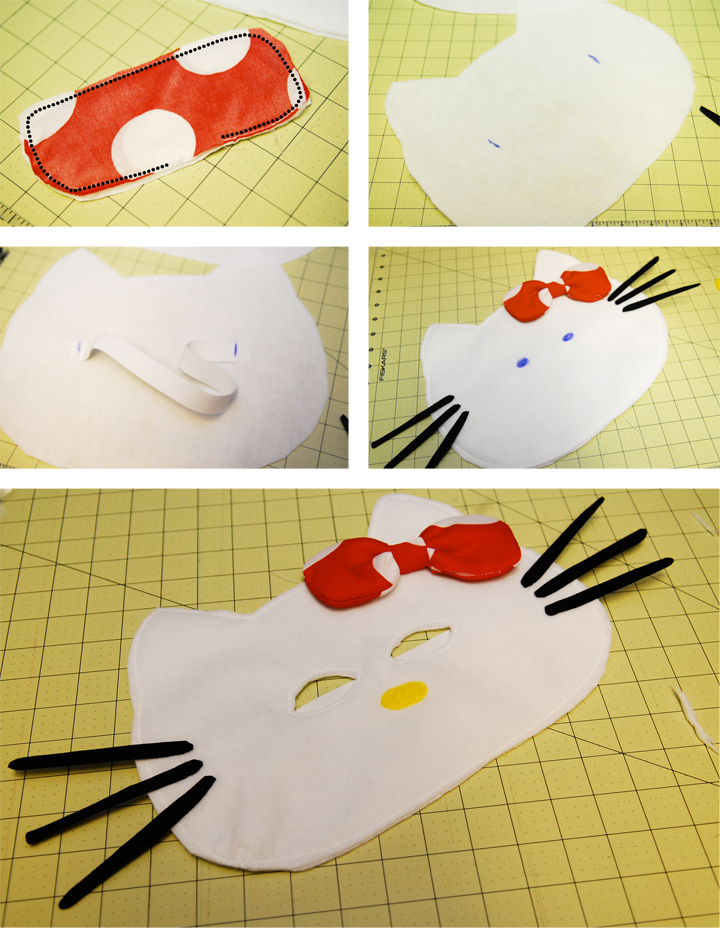 Then sew the bow pieces right side together leaving an opening to turn it right side out. Then turn it right side out and wrap a little piece around the center to create the bow. Next for the elastic on the mask. I didn’t want the mask to wrap around her face so I marked the sides of her head on the back piece. Then cut 2 small slits and slide the elastic in and sew it in place to secure.
Next sew the front and back head pieces together along the whole outside. Attach the bow, and the whiskers. Then I had her try the mask on and I marked where her eyes were. Lastly I cut out the holes for her eyes, added the nose and then I rounded out the bottom a little to make sure it had the proportions all right. 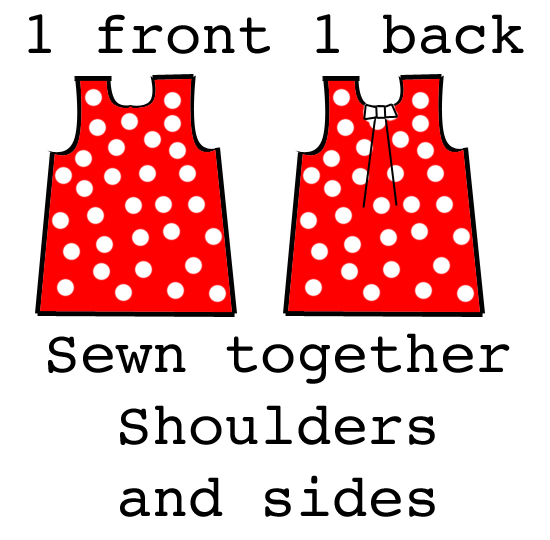 I didn’t really put together a tutorial for the outfit but I can give you a quick rundown. I used the cheap costume knit in a bright red polka dot. I cut out a front and back tank dress shape. (super simple) Then I sewed it together at the shoulder and sides. I added a small pleat to the front and a little white bow. Then I called it good. For the underneath I made a simple white long sleeve tee (like this one but long sleeves and no bow), and some white leggings.

That’s all there was to it. I had one thrilled little girl who was pleased to be her favorite character. And a cute one at that. 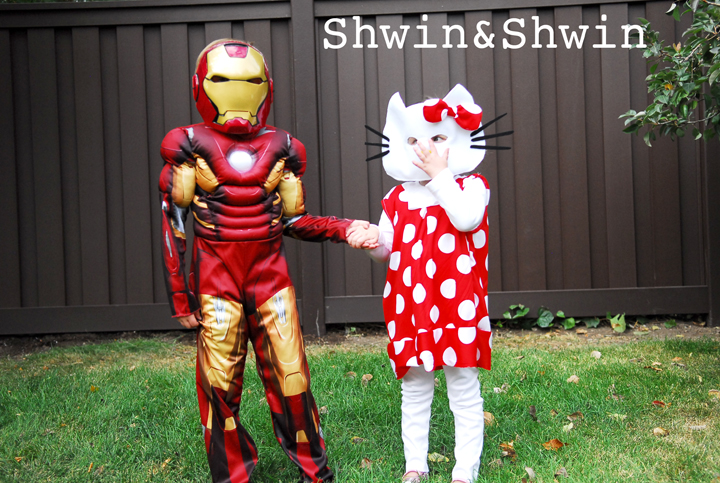 Oh and Jude? He finally settled on Iron man. This pregnant momma decided to go out and buy it since it would be easier than trying to make an Iron man costume that would please him. So there you have it halloween done. Need more ideas?

Here are some from halloween past: 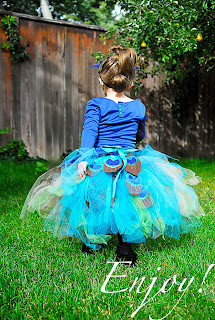 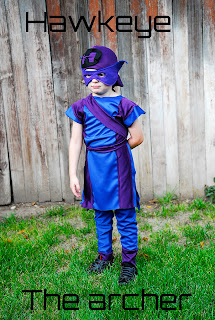 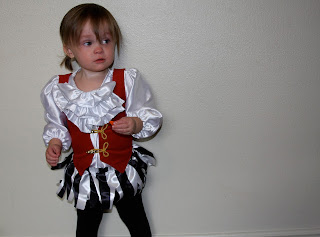 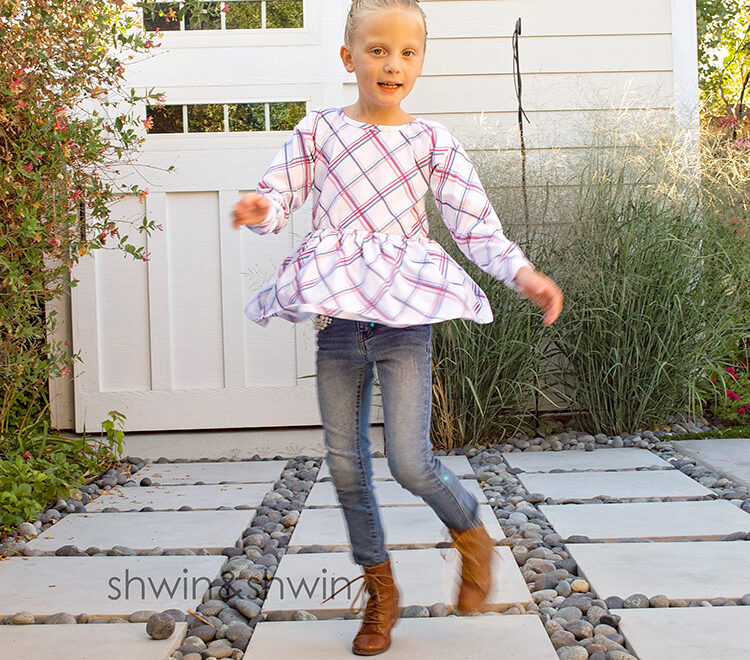 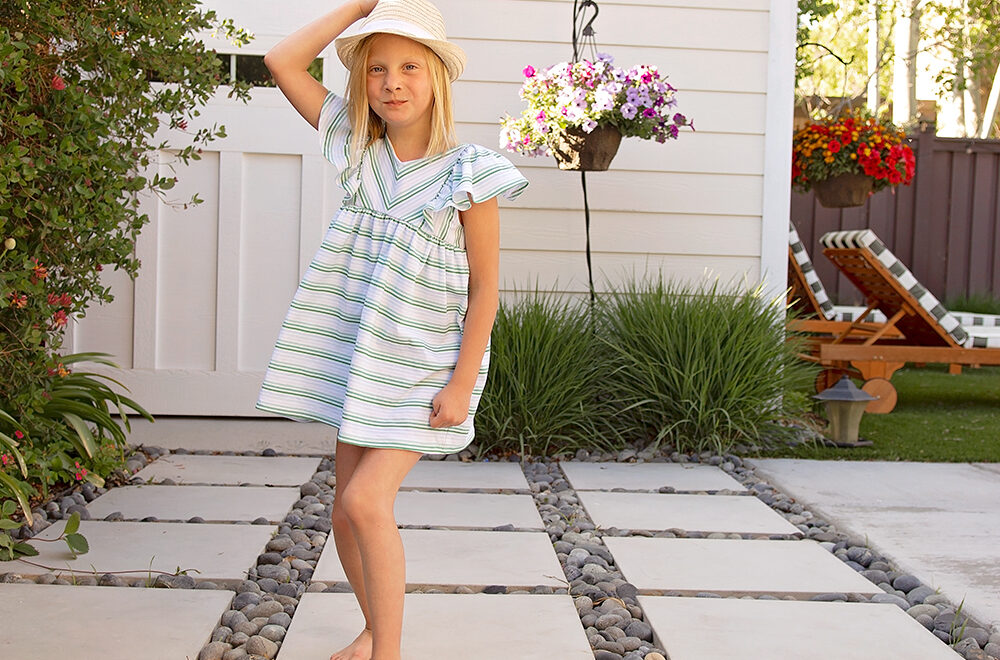