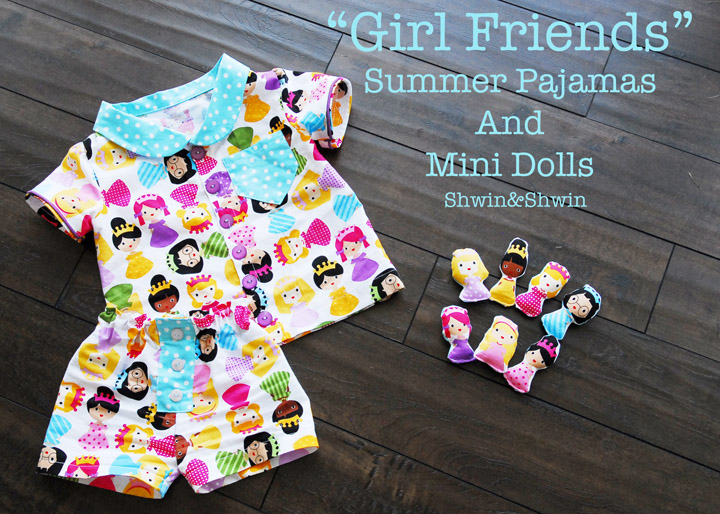 A little while back I saw Kate share on instagram a picture of some pretty awesome fabric. I knew I needed it. It must have been fate because Kelle from Ann Kelle for Robert Kaufman contacted me and asked me if I wanted to try out some fabric from her new line “girl friends”. You don’t have to ask me twice. I mean one, I LOVE fabric (clearly) but two, look at this awesome print! I knew Abbey would be all over that! And she was she squealed with excitement when it came in the mail and she wanted to sleep with it. It was when she was begging to sleep with it that I realized it needed to be pajamas. Abbey was in need of some summer pajamas anyway. 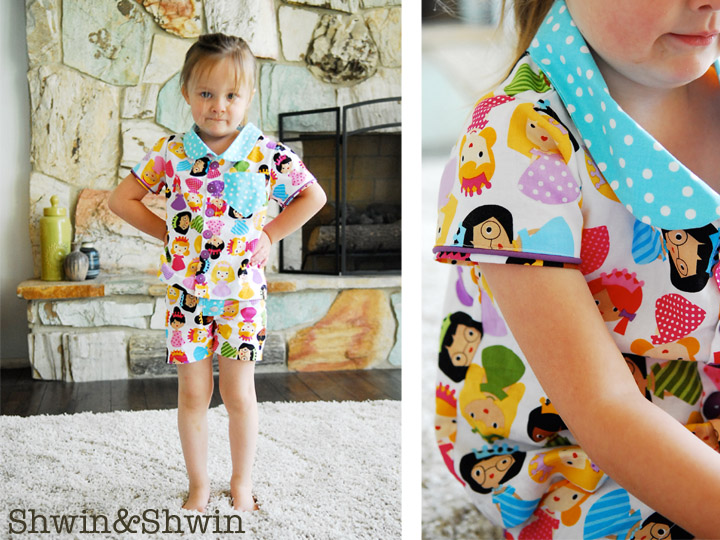 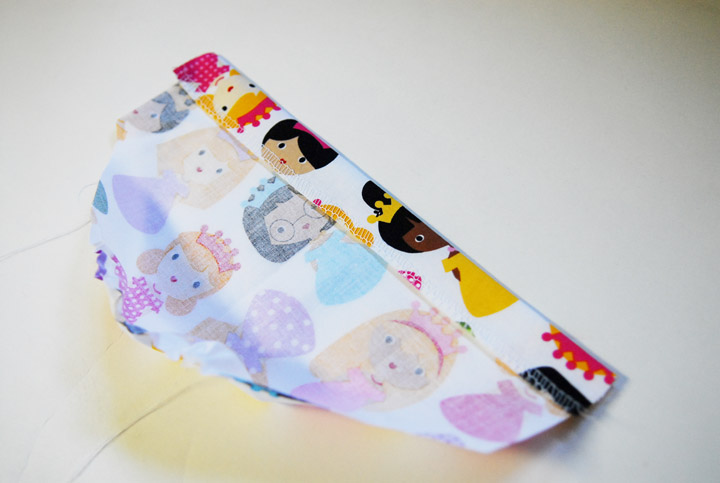 The first was the sleeve. I hacked it shorter and then I added a piping pleat. To do this fold up the bottom edge about 1.5 inches or more if you like. 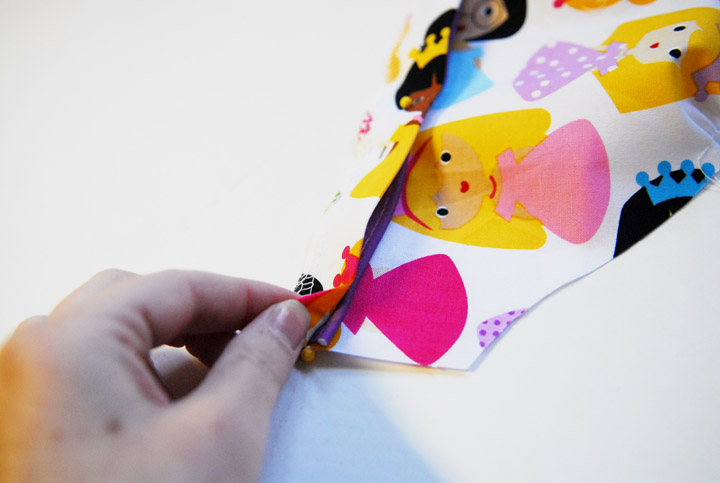 Then you will fold it toward the front side so the fold sandwiches in some piping. (piping edge up) Then sew along the piping edge. 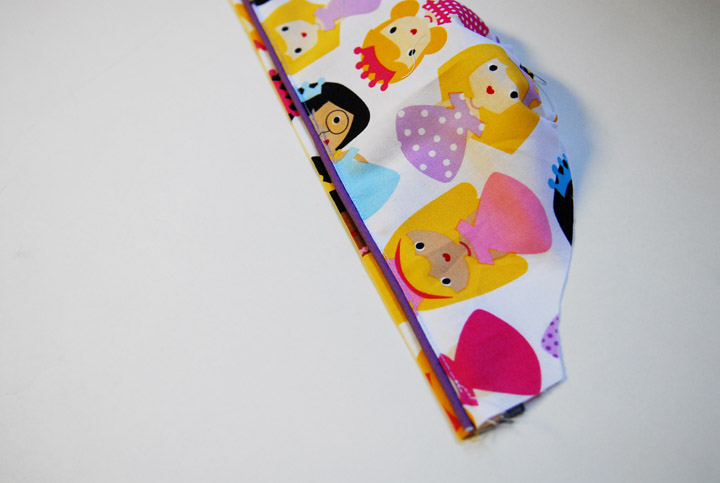 Fold the raw edge back to the back and top stitch in place. Now it is a nice little short sleeve with piping detail. 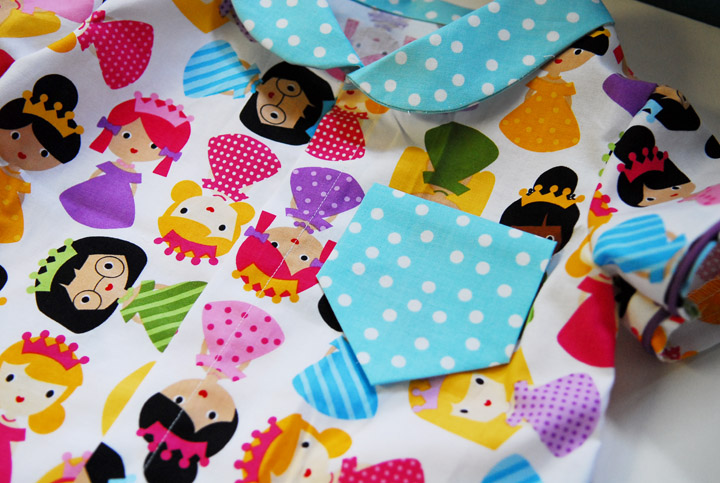 I opted out of the notched collar and instead of the collar ended before the front edge of the shirt I made the collar longer and brought it all the way to the edge. I also added a little pocket. 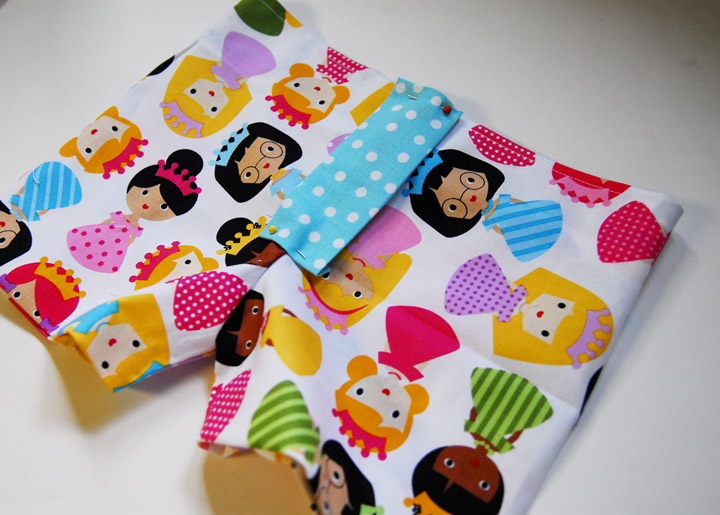 For the shorts you can simply cut them shorter and finish them the same way but I also added a little faux placket to the front just for kicks. I cut out a small rectangle and folded under all the edges and then sewed it down to the front. I added three small buttons to finish it off. 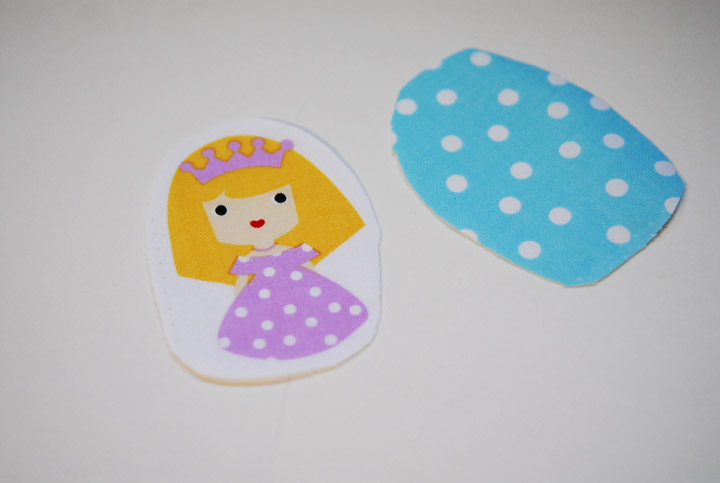 I had enough fabric left over that I knew would make perfect little dolls. So I cut around the girls leaving seam allowances and then cut the same for the back piece. 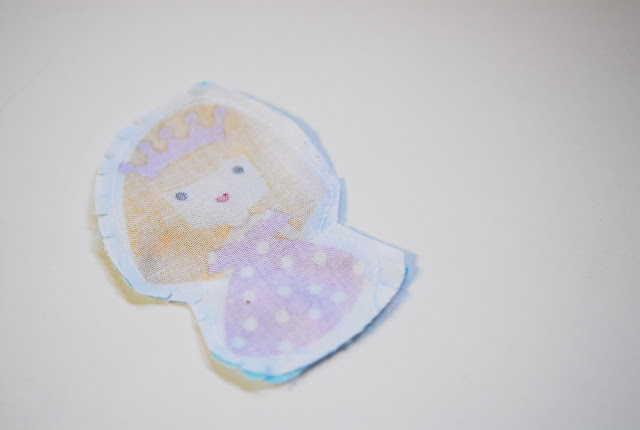 WIth right sides together I stitched around the girl leaving the bottom open. 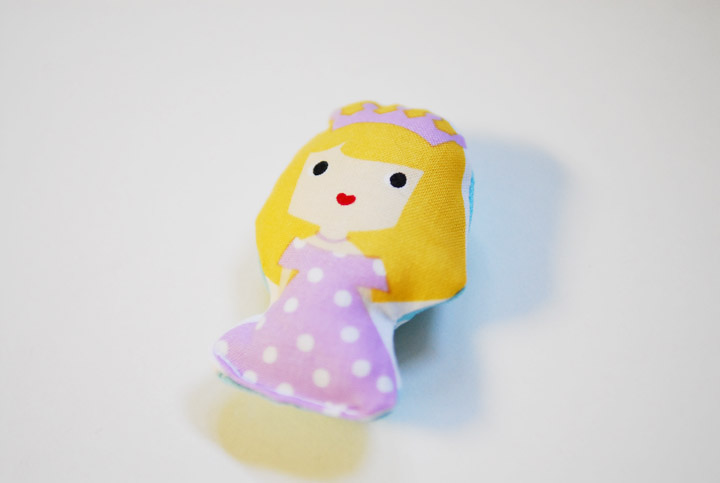 Then I turned it right side out added stuffing and folded the bottom edges in and then stitched them closed. I didn’t worry about doing a fancy stitch I just sewed a line with the machine. 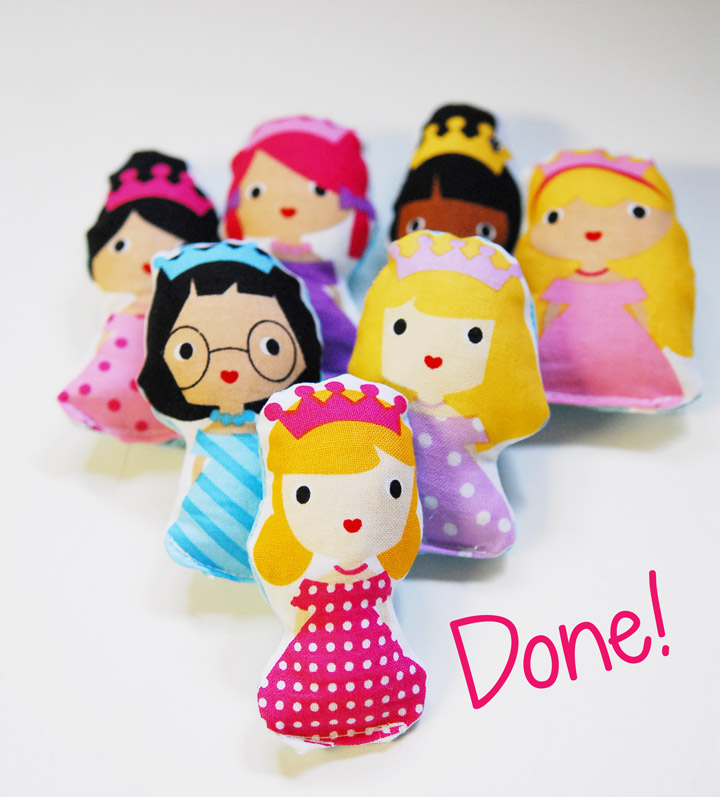 When I was done I had a nice little collection of cute little mini dolls to match the pajamas. 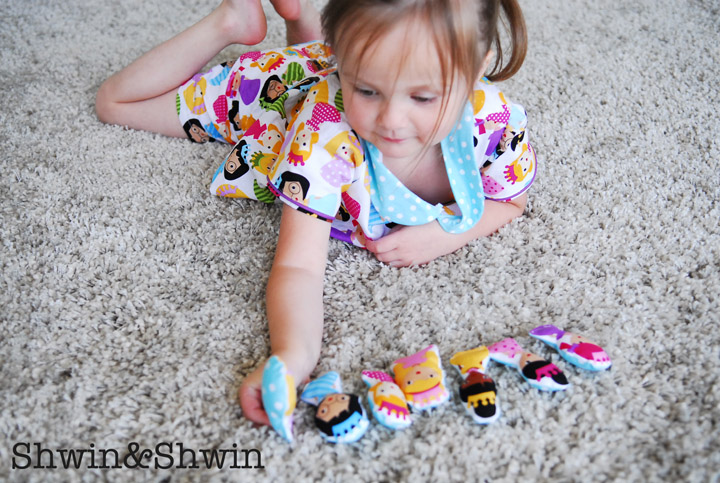 Abbey was absolutely tickled pink to have new pajamas and new toys. 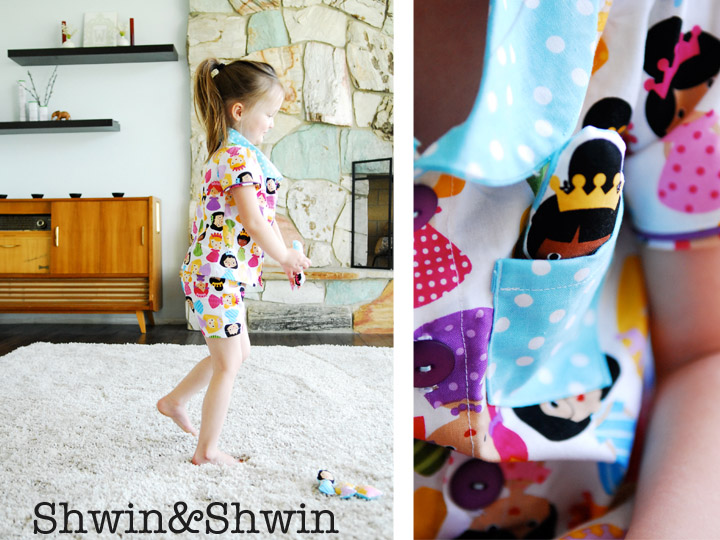 She had so much fun playing with the little princess dolls that are so small they fit in her pocket. 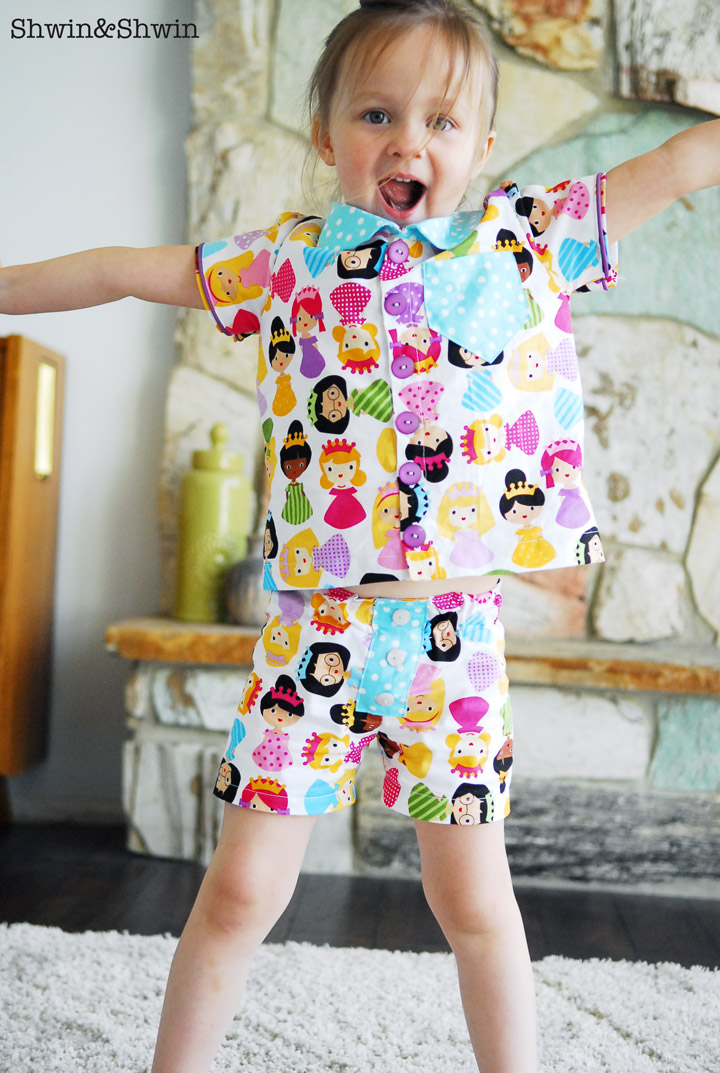 The print just makes me smile, it is so cute, I kind of want all the other prints in the collection so Abbey can have a whole collection of little mini dolls. 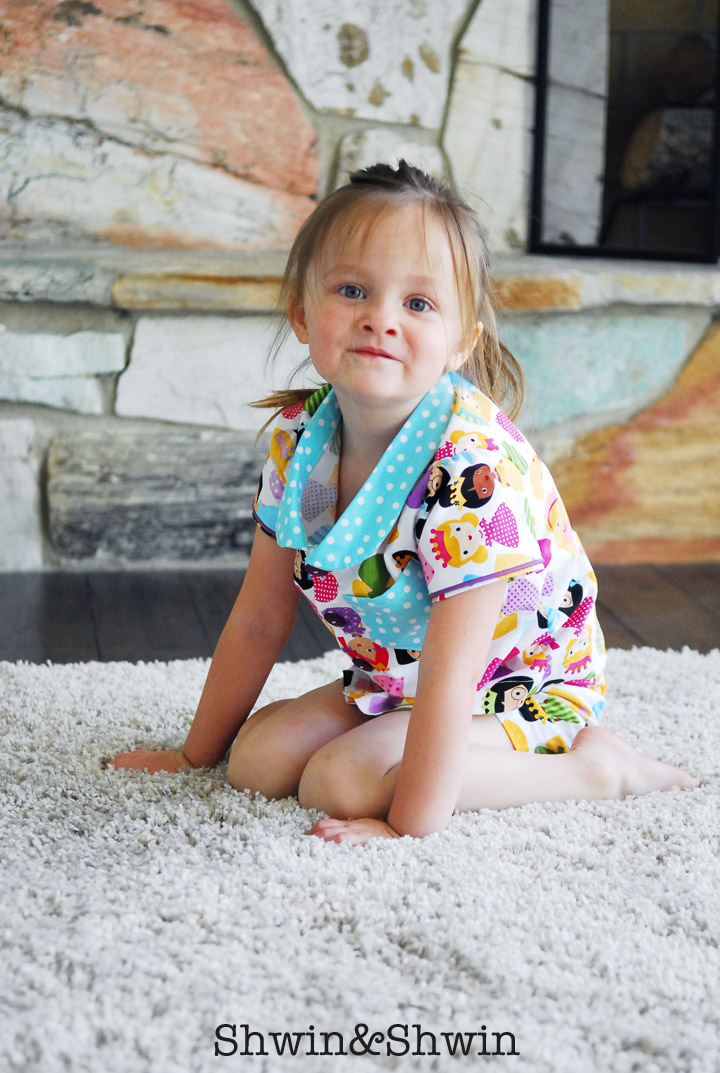 Pretty sure she would be in heaven. 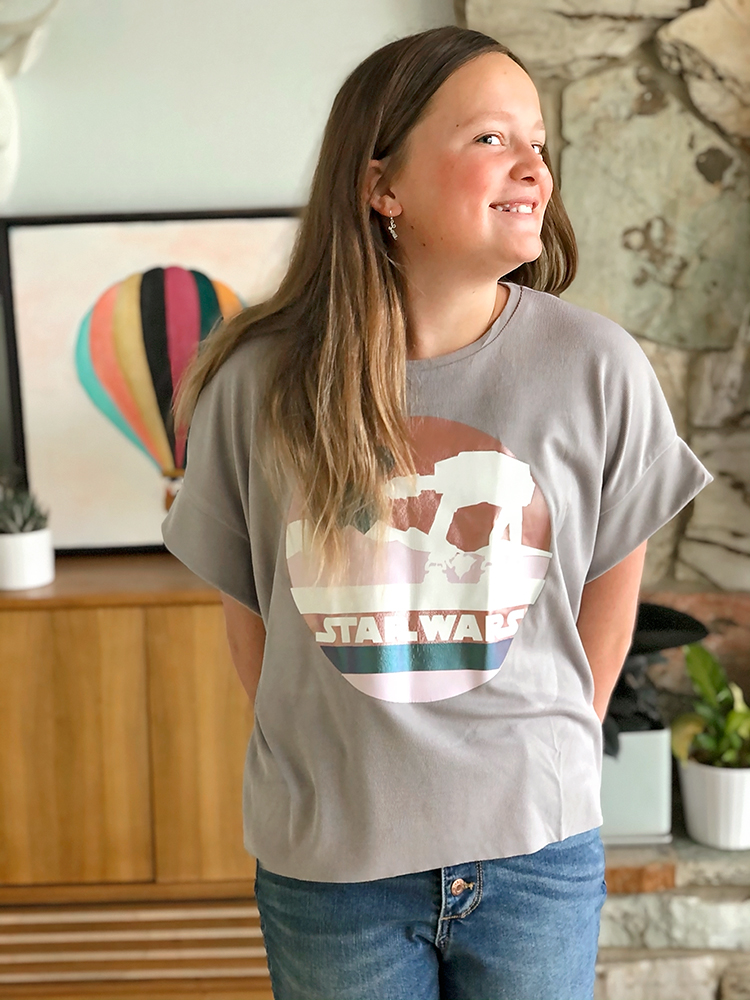 B Side Patterns, Free Patterns, Shwin Designs Patterns
How to add a cuff sleeve

B Side Patterns, sewing 101, sewing for girls, Shwin Designs Patterns
How to sew a perfect V 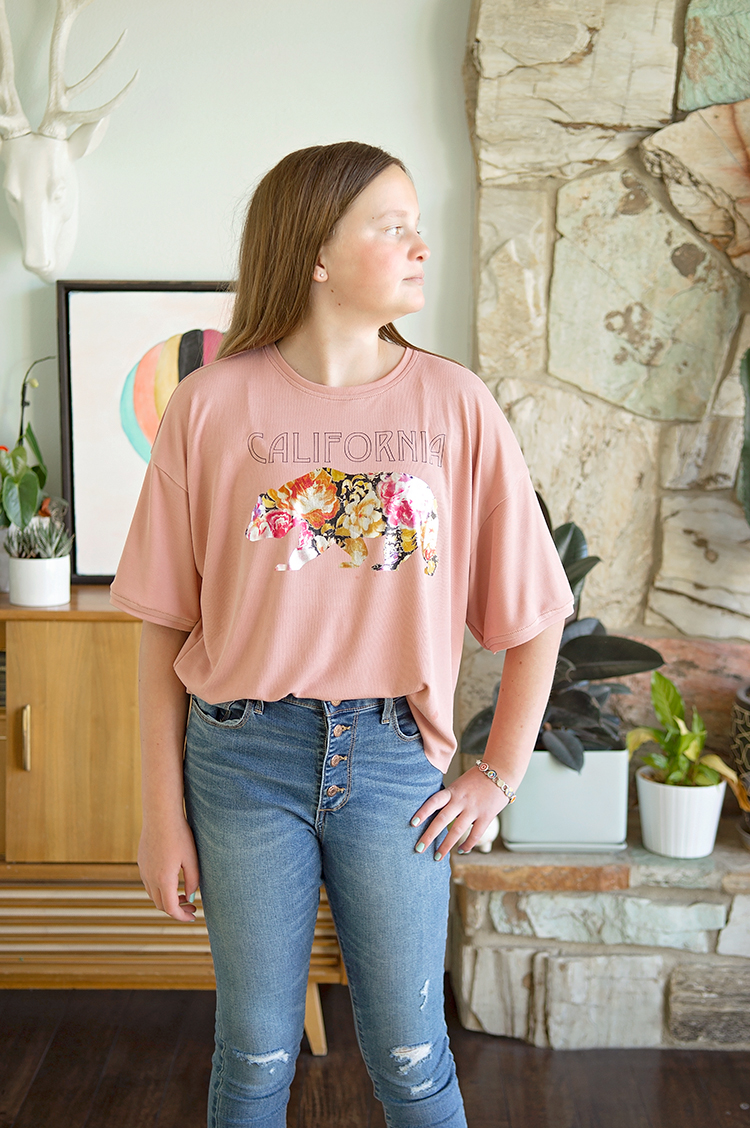