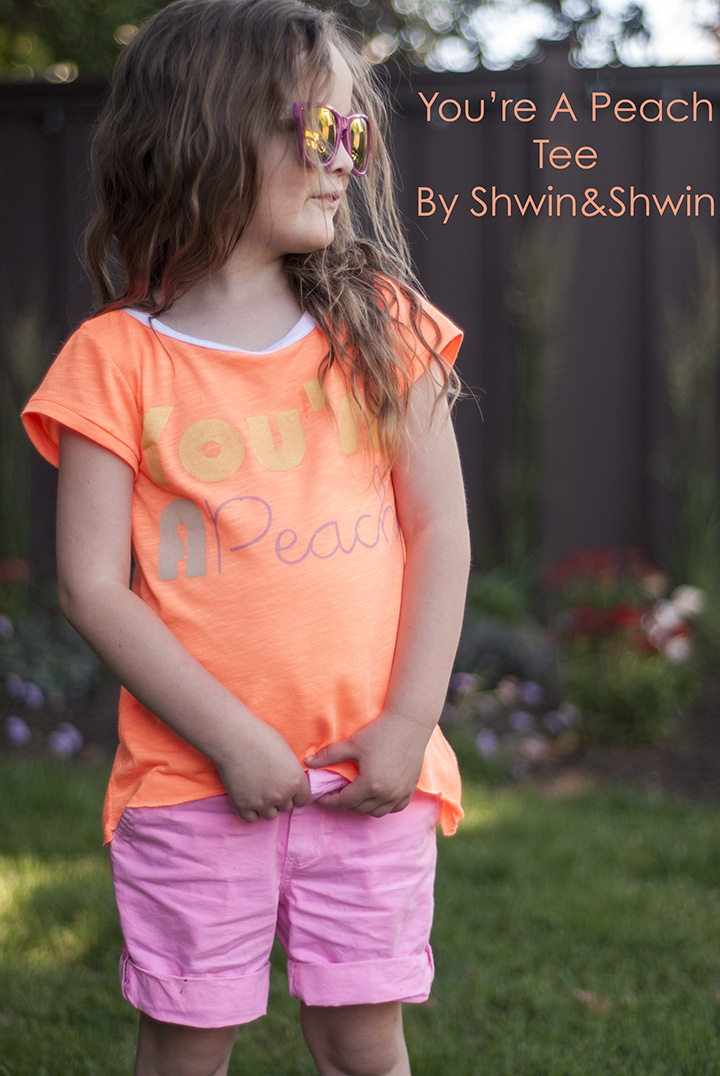 So I know I already wrapped up my summer collection.  Believe it or not I had several things cut out or thought up, or drafted, that never quite came to completion until recently. (I mean naturally I didn’t just stop sewing 🙂 One of my favorites is the tee. It’s been cut out for months, but it just sat because I wasn’t sure exactly what I wanted to do with it. Then I decided that a lovely neon peach (that’s a color right?) shirt needed a peachy saying. Born was the “You’re a Peach” Shirt. 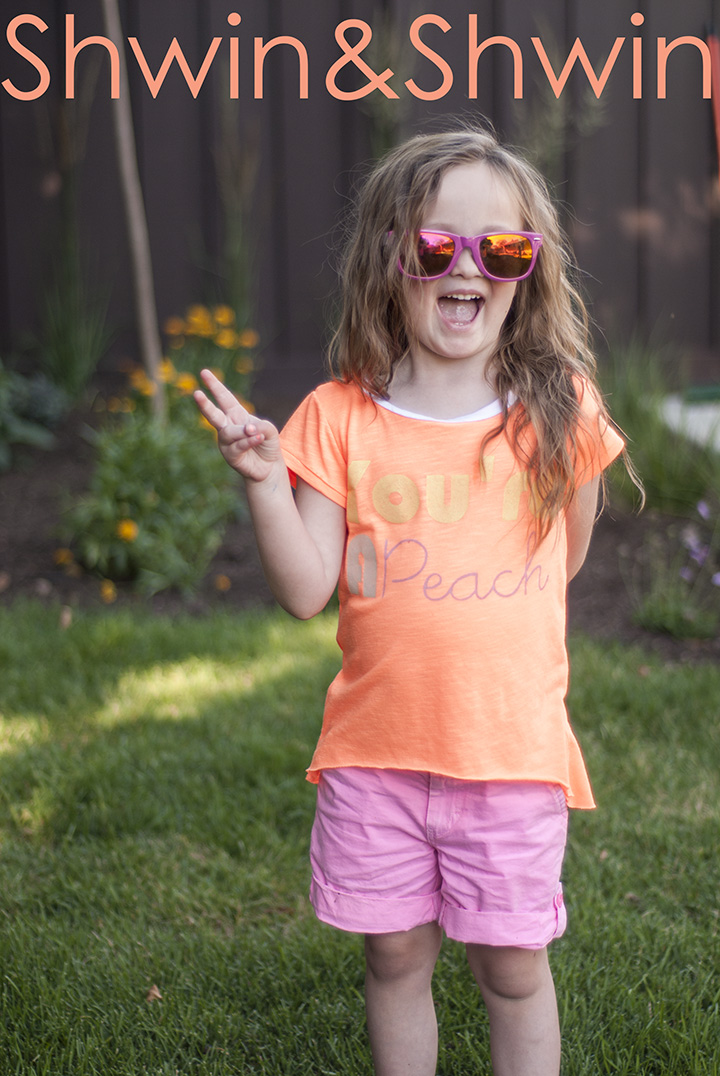 I used freezer paper to create the stencil for the words, and if you think for a second that I cut that out by hand with an exacto knife then we clearly have never met. That would be WAY beyond my skill set. So instead I turned to my trusty Silhouette cutter and it whipped up a lovely stencil in no time. 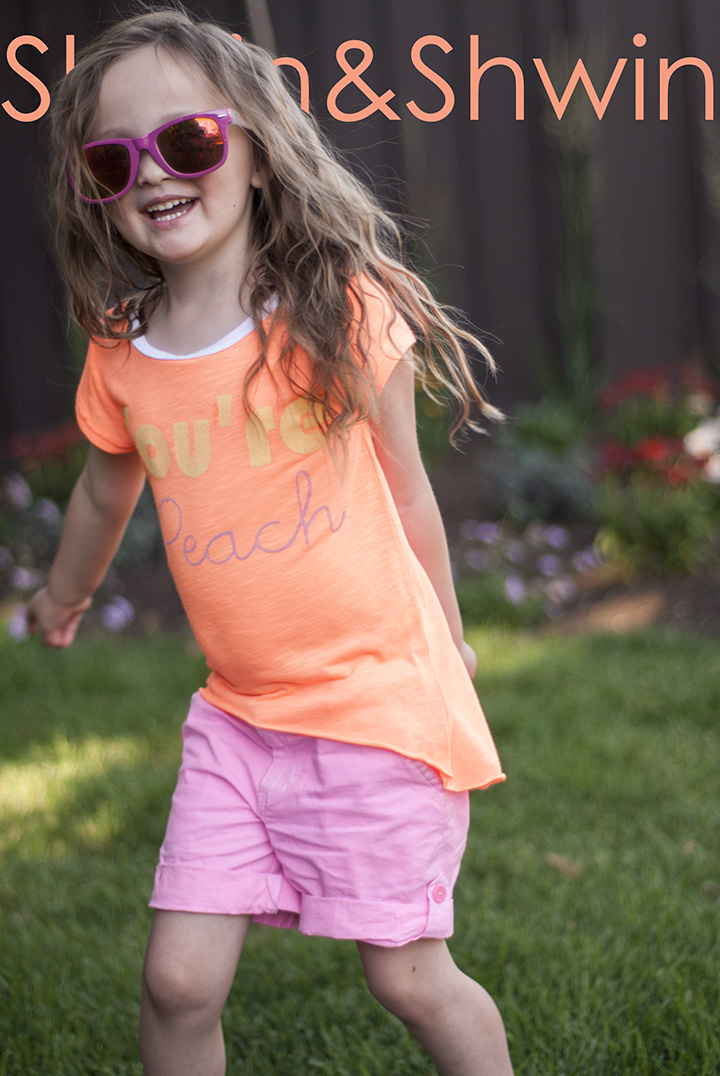 I ironed on the stencil and got to some painting. I decided to use multiple colors because I knew Abbey would like that best, and I was right because the girl loves this top. Like sleeps in it wears it sleeps in it again kind of love. (that’s my favorite kind) 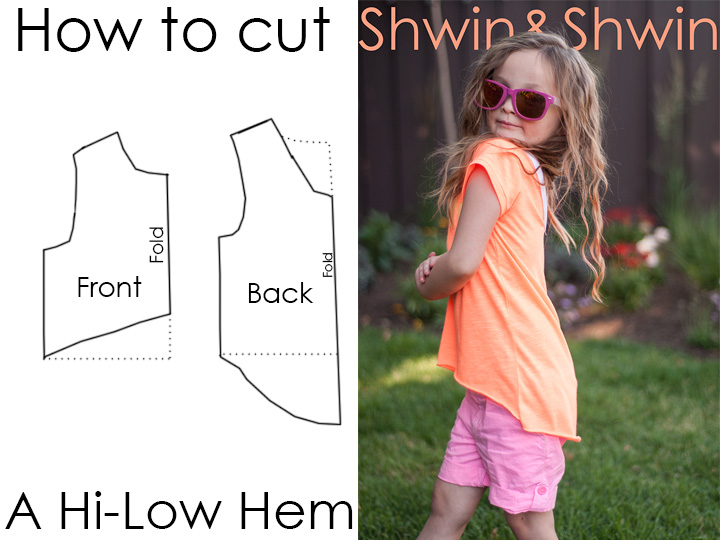 For the shirt itself I used the Anytime At All Tee. I made one size up so it would have a loose “slub” type feel, which worked out great with the slub knit. Then I went with a hi-low hem. Which isn’t actually included int he pattern but it’s solo easy to do. Shown above are the alterations made. The dotted line is the original piece. So as you can see you will raise the front along the fold line and then curve into the side seam, then lower the back and curve up into the side seam. How much you raise and lower is totally up to you. The only other change made was that I lowered the back neckline quite a bit so it would have a low scoop. (for this change I also had to extend the neck ribbing) 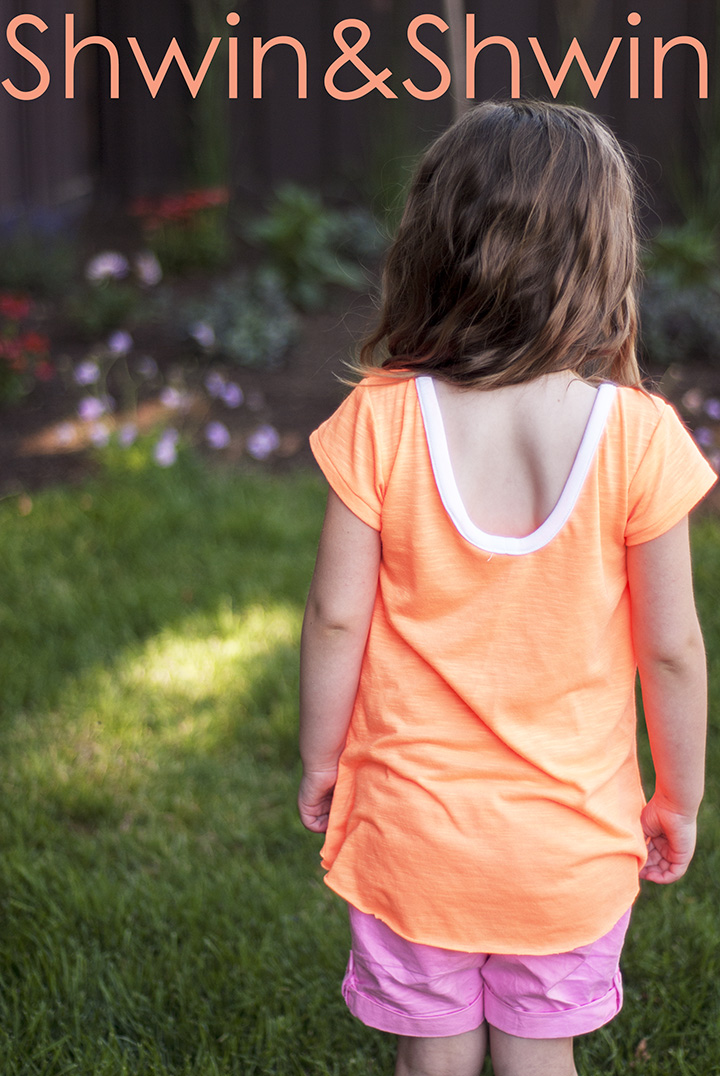 I just love a good scoop back. I followed the same instructions to assemble the shirt. Then I decided to leave the hem un-hemmed. Why? Partly because I was lazy, but mainly because the knit is really thin and I didn’t want the hemline to get all wonky looking so instead of stabilizing it I just left it as is and it works ok for the style anyway. (ok fine laziness totally won me over clearly) 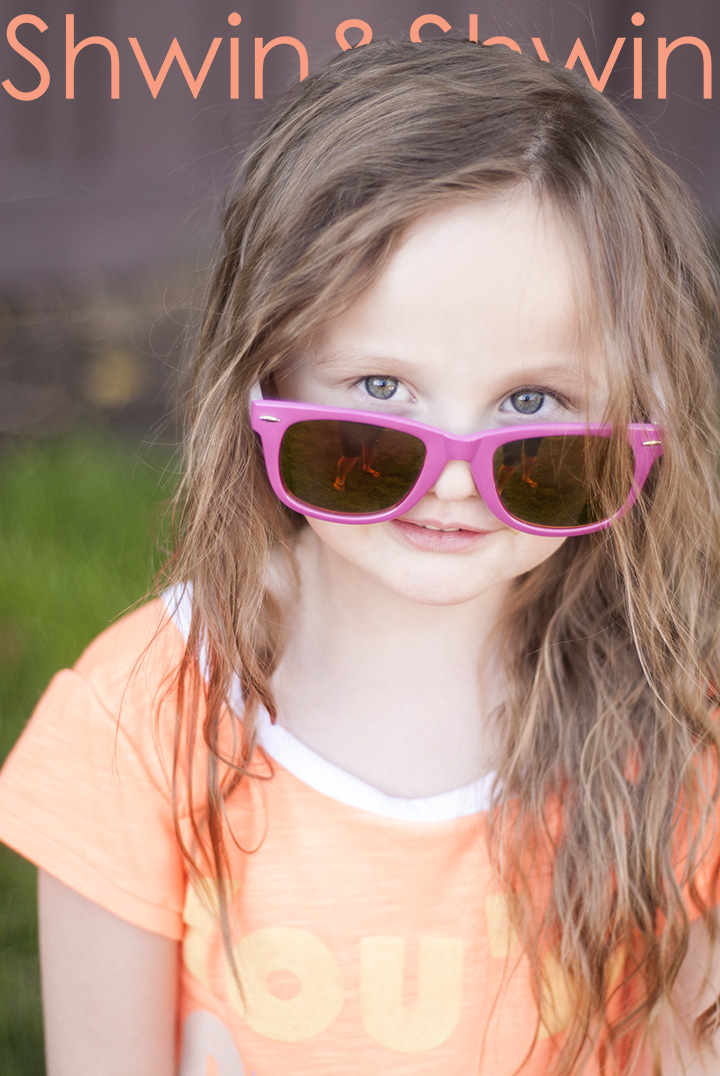 Also if you give a shy quiet girl some super cool shades to wear with her super cool new shirt and “curly” hair it may just unlock her inner rockstar. You have been warned.
Tee Shirt || Anytime At All Tee || Shwin Designs
Fabric || Neon Peach Slub Knit || Joann Fabric
Shorts || Target
Sunglasses || Some random gas station 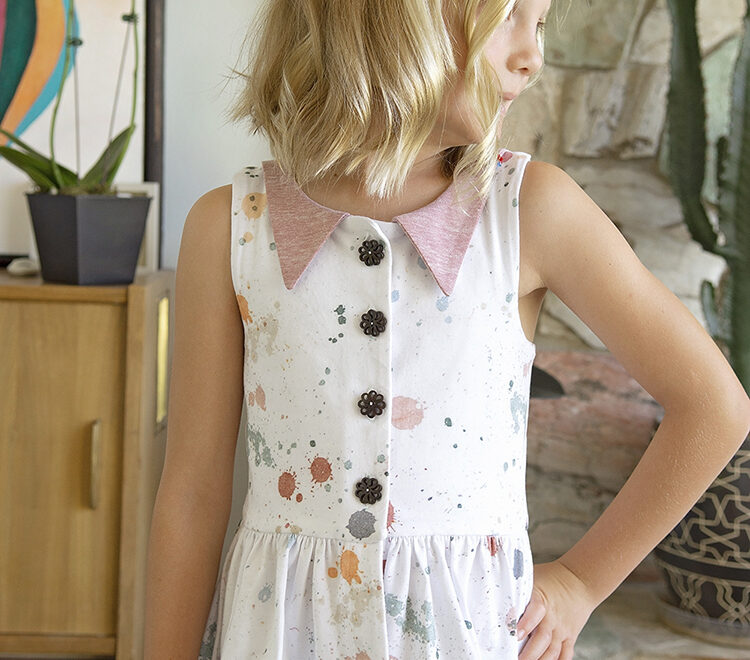